The singer has been around for less than a decade, but Billboard named her the top pop-song artist for the years 1992 to 2012. 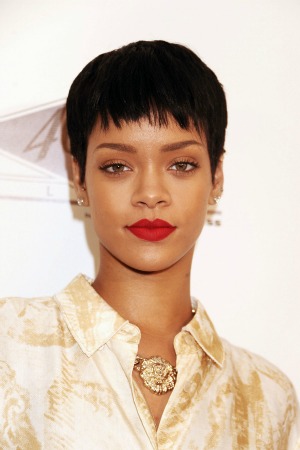 Rihanna tweeted that Billboard has named her the number-one Top 40 artist of the decade, but either that’s a typo or her definition of a decade is off by half. The prize she won is actually for the years 1992 to 2012, which covers two decades and is also the entire period that Billboard has been naming top songs.

“Having first arrived on Pop Songs only as recently as 2005, her accomplishments are exceptional. She has the most chart appearances (34), the most top 10s (21) and the most No. 1s (nine, a mark she shares with the No. 6 artist, Katy Perry),” said Billboard. “She’s reigned with ‘Umbrella’ and shined with ‘Diamonds,’ the latter of which debuts this week.”

Rihanna’s feat is actually much more impressive than being designated Billboard‘s top artist of the decade. That’s not only because she’s the top pop-song artist of the past two full decades, but also because she hasn’t been making music that entire time while others at lower ranks on the list have been. In fact, at least two artists much lower on the list have been making music for much longer than twenty years. Madonna came in as far down as number 10, with Janet Jackson a step ahead of her at number nine.

Another surprise came in at number two. Singer Pink hit the number-two spot, ahead of Britney Spears, Kelly Clarkson and Mariah Carey. Rihanna’s BFF came in at number six on the list, not bad for another artist who only came into the spotlight a few years ago.

Rihanna tweeted this week about the honor, but didn’t quite get it right.

“Billboard crowned me #1 top 40 artist of the decade just 7 years into this!! My fans just majorly shat on ur existence,” she said.

It’s possible she may need another lesson on exactly what a decade is composed of, but 20 years is better than 10, and Rihanna earned the honor.