In the mood for a hilarious and heartwarming comedy? This December, Gerard Butler stars in Playing for Keeps, which is all that and more. Don’t believe us? SheKnows has an exclusive trailer for the film, co-starring Jessica Biel and Catherine Zeta-Jones. 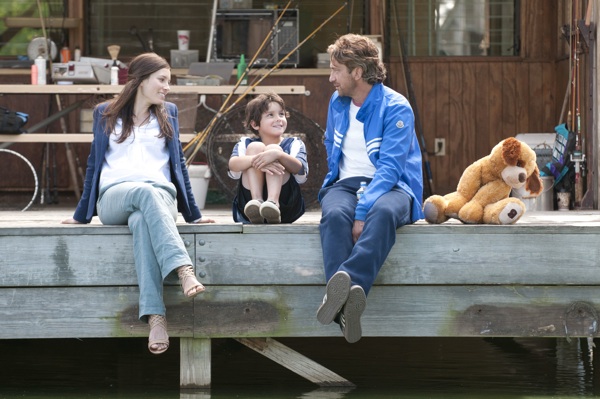 Gerard Butler is heading to a soccer field near you. The Scottish actor, alongside Jessica Biel, headlines the upcoming film Playing for Keeps. It’s a combination of a romantic comedy mixed with a coming-of-age story.

Playing for Keeps centers on George, a former soccer star who’s fallen on hard times. His career is in shambles and he’s gone from pride of the league to an afterthought. The film follows him as he struggles to get his life in order. That means becoming an adult and changing his reckless ways.

In an attempt to connect with his son, he gets roped into coaching a junior soccer team. As you might expect, he catches the eye of his fellow moms and dads. Catherine Zeta-Jones, Judy Greer and Dennis Quaid are just some of the parents captivated by George’s charms.

One person not impressed by his presence is his ex-wife, Stacie (Biel). She’s moved on with her life and plans to remarry. The news is a major blow for George and just fuels his desire to change. Even though he’s being chased by countless soccer moms, Stacie has his heart.

Here’s a new trailer for Playing for Keeps that features interviews with both Butler and Biel.

Playing for Keeps also stars Uma Thurman and is directed by Gabriele Muccino (The Pursuit of Happyness). The film opens in theaters Dec. 7.

What do you think of the latest trailer?