The CW’s found a new breakout hit. After years of lukewarm debuts, the network’s struck gold with Arrow. Wednesday night, the superhero drama debuted and its numbers were right on the mark. 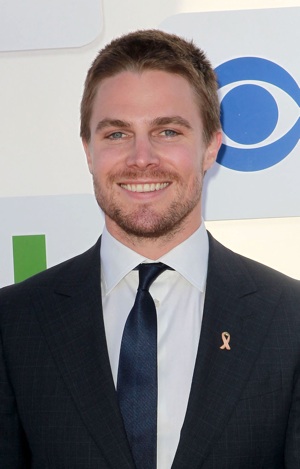 Actor Stephen Amell and Arrow‘s creative team should be all smiles. Last night, The CW drama made quite an impression. The series, which aired prior to veteran Supernatural, pulled in over 4 million viewers.

Arrow recap: The hunt for justice >>

Arrow gave The CW its biggest premiere since The Vampire Diaries and was their most-watched show in three years. It also scored a 1.3 demo rating with adults 18 to 49 according to The Hollywood Reporter.

Overall, The CW had a strong lineup. Supernatural, which is currently in its eighth season, earned 2.6 million viewers. For the night, the network averaged 3.3 million. That’s not bad considering they were up against powerhouses like The X Factor, Criminal Minds and Modern Family.

Thursday, we’ll see if The CW can stay on top with the return of The Vampire Diaries and debut of Beauty and the Beast. The latter is a familiar tale with a familiar face (Kristen Kreuk from Smallville) that has a lot to prove.

Last season, The Vampire Diaries ended with a major cliffhanger. We’re sure viewers will be back in droves to see how it all plays out. Elena is facing a future as a bloodsucker, while Tyler’s body is being held captive by Klaus. There’s so much drama — just the way we like it.

Did you watch Arrow last night? What do you think of the show?