The movie and music industry is a competitive place! No wimps allowed. These days, if you want to stay relevant, you better have something more up your sleeve than just talent. Here are just a few supah-stahs who pummel our radar, whether we like it or not…

Awww, who between the ages of 6 and 18 doesn’t love the Biebs? Millions of pre-adolescent girls just can’t be wrong! Those of us who have paid taxes for more than five years just kind of feel bad for the guy. We get why he’s famous, just not why he’s in the headlines for puking on stage and allegedly having photos of his naughty parts plastered all over the Internet. If you are a JB wannabe, pay attention! Rule #1 of becoming a superstar is — be willing to expose yourself, quite literally, to the masses. Hardcore superstars aren’t afraid to toss in a side of stage vomit. Lady Gaga sort of committed a superstar faux pas by hurling on stage in the same week as the Biebs. He did it first, and he did it better. In the business, that’s defined as an amateur move. (At the time of publication, the stolen image, from a stolen laptop, appears to be a fake.) 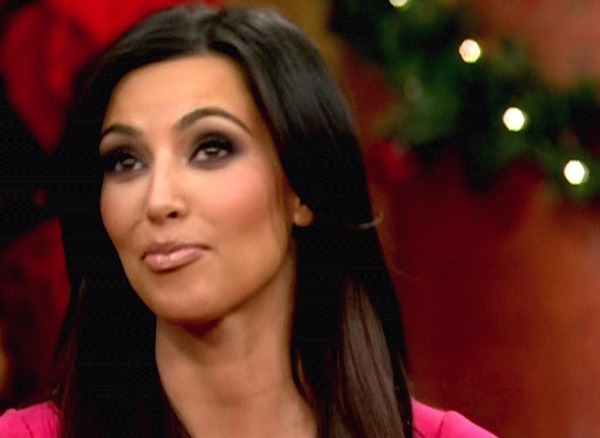 KK wasn’t the first, but she was certainly the most notorious example of how getting your freak on in front of the camera can pay off handsomely. When people ask, “What are the Kardashians famous for again?” the answer is always the same — because Kim took one for the team and bumped uglies with Ray J and then distributed it to the unsuspecting public. Kim went on to prove she was a professional exhibitionist when she spent $10 million getting hitched to Kris Humphries and dumped his a** 72 days later. This is Rule #2 of becoming a superstar — take all edicts of polite society and rumple them into a sensational mess until they are no longer recognizable. 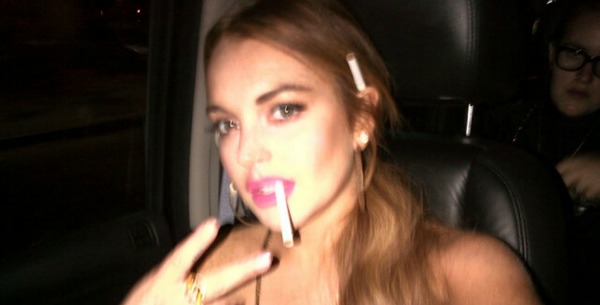 Within any subset of rules, there is room for abuse. Lindsay has so mutilated the rules of superstardom with her own interpretation that she is now the poster child for trash. Let’s take a moment to mourn the loss of the sweet, pretty, talented actress and singer who has been replaced by an (alleged) jewelry-swiping, car-wrecking, domestic-altercation-with-her-mom-having, de-throwed starlet with a rap sheet. Like trash, this is such a waste. Lindsay took Rule #3 — there is no such thing as no publicity — a bit too literally. 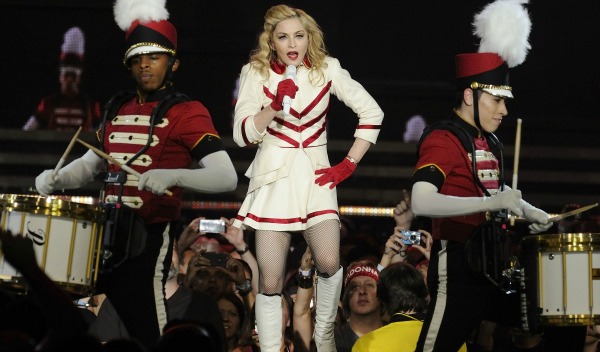 Rule #4 — piss people off for profit, especially if your talent is waning/questionable to begin with — was written by Madge. Her MDNA tour was a shining execution of this rule. In case you’re wondering, MDNA stands for Madonna. She calls it a triple entendre. (Insert grimace here. “Entendre” is a bad word, and people need to stop using it.) What MDNA really stands for is Marketing Diva, Not an Artist. On stage, it’s been all boobs, butts, guns, Nazi imagery (which Madonna defended as symbolizing “the intolerance we human beings have for one another”) and an endorsement of “black Muslim” Obama. Madonna’s really more known for her adherence to the following rules in the guide to fame: Rule #5 — Stay busy. Rule #6 — Don’t be afraid to make disparaging comments about the gifts fans give you. Rule #7 — Feel free to talk in a British accent even though you’re not British.

All other images courtesy WENN.com