Someone stole some of Bieber’s belongings Tuesday night at his show in Tacoma, and they may be more than material items. He hinted that some of the stolen items may include videos on his computer. But what exactly is on those videos? 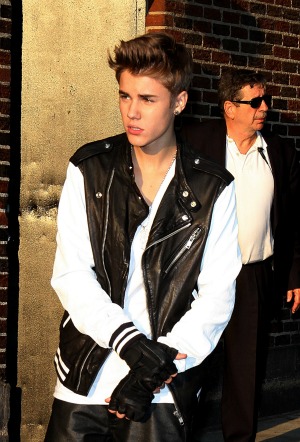 A Justin Bieber sex tape? It makes us shudder to think. But the pop star tweeted today to his 29 million followers that Tuesday night in Tacoma, Washington, someone stole some of his belongings during his show. Wednesday morning, he shot off three tweets, one right after another, about the incident.

“sucks when u take personal footage and people dont respect your privacy,” he said.

OK, personal footage, that could be anything. No need to worry yet.

He continued, “yesterday during the show me and my tour manager josh had some stuff stolen. really sucks. people should respect other’s property.”

At this point, it sounds like he had some very innocent personal items stolen, but that they were all things he could replace. But the third tweet is the most worrisome.

“i had a lot of personal footage on that computer and camera and that is what bothers me the most. #lame #norespect,” he said.

So, what exactly does he mean by personal footage? Let’s hope it’s not what we think it is. Not just for us, but for Bieber. And especially for his girlfriend, Selena Gomez. A sex tape between the two stars would probably fetch a high price, but would be pretty disturbing.

Bieber recently appeared in another kind of video, which is supposed to be for a good cause (if Bieber is lucky, he may have a little good karma coming). The video was done for the Nassau County district attorney’s office, to help prevent cyber-bullying. But he didn’t make that video by choice. He agreed to participate because of charges filed after he was involved in an event that got out of control.

“The charges against the manager, Scott Braun, and the executive, James Roppo, stemmed from a crowd-control episode in 2009 at the Roosevelt Field shopping mall in Nassau County,” said The New York Times. “In 2009, Mr. Bieber was scheduled to sign autographs at the mall. But when more than 3,000 young fans converged there before his arrival, the police ordered the event to be canceled for safety reasons.”

Time will only tell if Bieber’s “personal footage” ever comes out, but hopefully, he has learned that it’s not a good idea to leave personal stuff lying around where someone could take it.

58 mins ago
by Ellen Niz