The actor must have kicked himself for getting such a small paycheck from the first movie. So for the second film in the franchise, it looks like he was paid closer to what he is worth. 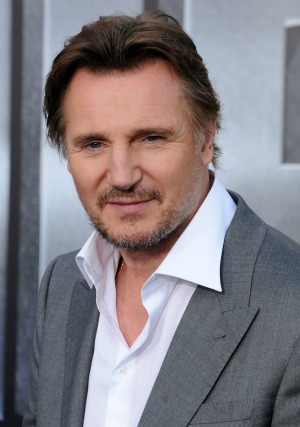 In 2009, the movie Taken was never expected to be a box office hit. But… surprise! The film cost $25 million to make, and it raked in over $226 million worldwide. Before its success, the creators had never expected to turn the story into a franchise.

“But if there are two things Hollywood loves, it’s sequels and money,” said the Huffington Post. “So Fox took a stake in the sequel, which has dialed up an impressive $122 million at the worldwide box office (handily winning the weekend on the way) and is sure to pass the original’s total cume of $226.8 million.”

So when the studio decided to make Taken 2, star Liam Neeson knew that the film would be a winner at the box office… and that he should be paid accordingly. According to the Hollywood Reporter, he may have been paid around $10 million for the second film, which is still a bargain for a film that could make 20 times that amount.

Not only that, but sources told the Huffington Post that Neeson may be paid upwards of $20 million if there ends up being a third film in the franchise. But the same sources said the actor is thinking the Taken story has run its course, and doing a third film may not be worth it to him, no matter how much money he’s offered.

“That’s a big check, but it’s certainly not unheard of in the blockbuster-verse,” according to the Huffington Post. “Robert Downey Jr. reportedly took in $50 million for The Avengers, while his superhero cast mates earned somewhere in the $2–3 million range.”

Scarlett Johansson will reportedly be making $20 million for the second Avengers film.

Neeson is hardly begging for money, though. He has three other projects in the works right now, including A Walk Among the Tombstones, based on the novel by Lawrence Block. The film is in preproduction currently, and newly single Danny DeVito is listed as one of the producers. It is scheduled to be released in 2013.