Grey’s Anatomy is adding a new member to the Shepherd family tree. Derek’s getting another sister, and she’s played by a real scream queen, actress Neve Campbell. 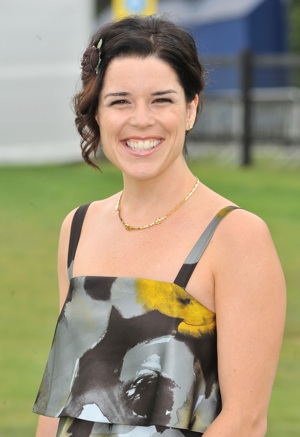 Grey’s Anatomy has been littered with tragedy. The ninth season’s just begun, and we’ve already been hit with a one-two punch of shockers. We’re overdue for some good news, and now it’s been confirmed that Dr. Derek Shepherd is in line for a family reunion.

According to TVLine, we’ll see one of Derek’s many sisters make an appearance this season. Over the series run, we’ve already met Amelia (Caterina Scorsone), who currently appears on Private Practice, and Nancy (Embeth Davidtz). Sister number three will be played by Scream star Neve Campbell.

Neve Campbell back in Scream 4 >>

There’s no word on Campbell’s character’s name, or her intentions. Derek has two more siblings floating around: Kathleen the psychiatrist and another, unnamed sister. Campbell is scheduled to appear in at least two episodes of the drama.

Grey’s Anatomy back for Season 9 >>

We have to admit, we’re happy to see Campbell and Patrick Dempsey together again. Over 10 years ago, the actors appeared in Wes Craven’s Scream 3. Oddly enough, they were love interests in that film, not siblings. Campbell did have a brother in the film, but he was played by Scott Foley.

Following the traumatic events of last season’s finale, Derek’s in need of some support. Heck, everyone on Grey’s Anatomy is living on the edge. It’s just a sad state of affairs. We’re interested in what Campbell will bring to the table. Since this is Grey’s, it’ll probably be a real showstopper.

What do you think of Campbell joining Grey’s?