It’s hard to imagine that a decade has gone by since we were bombarded with images of that pink diamond engagement ring, but Ben Affleck reveals a little about his former love. 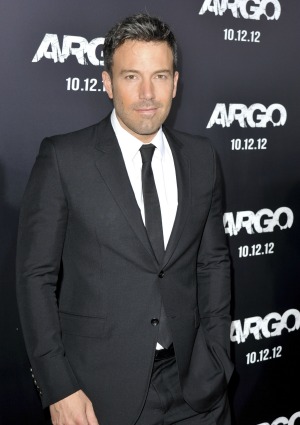 Before actor Ben Affleck was married to Jennifer Garner, he was with that other Jennifer, which evolved into the infamous nickname “Bennifer.” If you go all the way back to 2002-2003, it was the year the two ruled the tabloids with “Jenny from the Block,” a pink diamond engagement ring and designer duds on the blue collar-raised Bostonian, Affleck.

The onslaught by the paparazzi chronicled every moment of their relationship from their dating days on the red carpet to that infamous music video, and the eventual demise of their engagement. The media was tough on them and it was a difficult time in his career after the duo disastrously starred in the film Gigli in 2003.

Now that a decade has passed, Affleck only has kind words for his former fiancée. He says, “I respect her. I like her. She’s put up with some stuff that was unfair in her life, and I’m really pleased to see her successful.”

While the couple have clearly gone their separate ways, their career paths have been on the ascent ever since. The actor met and married Garner in 2005 and they now have three children together. Affleck focused his career behind the camera and he is now on the fast track to an Oscar nomination for the Iranian hostage film Argo.

Jennifer Lopez married and is currently in the process of divorcing singer Marc Anthony. He is the father to their twins, Emme and Max. She joined the American Idol judges’ panel in 2010 only to depart after two seasons to continue her music career touring with Enrique Iglesias. She is currently dating Casper Smart, a choreographer and dancer who is 18 years her junior.