Halloween is big business across the U. S., and Universal Studios Hollywood’s Halloween Horror Nights is the place to be seen for some chilling adventures. 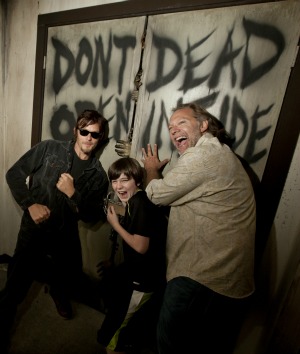 It’s that spooky time of year again, and one of the hottest tickets in Los Angeles is at Universal Studios Hollywood for their annual Halloween Horror Nights. Each year, the theme park populates the place with their scariest creatures and haunting attractions to terrorize all the guests who come to experience the chilling adventures.

This year, the critically acclaimed AMC show The Walking Dead plays a significant role in the Halloween festivities. The park has added a new maze called The Walking Dead: Dead Inside, and a new backlot ride called Terror Tram: Invaded by The Walking Dead, which will feature a brain-eating zombie or two.

To honor the new attractions, some of the Walking Dead cast stopped by to experience the thrills first-hand, including Lauren Cohan, Norman Reedus, Chandler Riggs, and co-executive producer and special effects makeup artist Greg Nicotero. Other celebrities like tattoo artist Kat Von D and rocker Tommy Lee from Motley Crüe have stopped by to be spooked by the Universal Studios creatures and monsters. 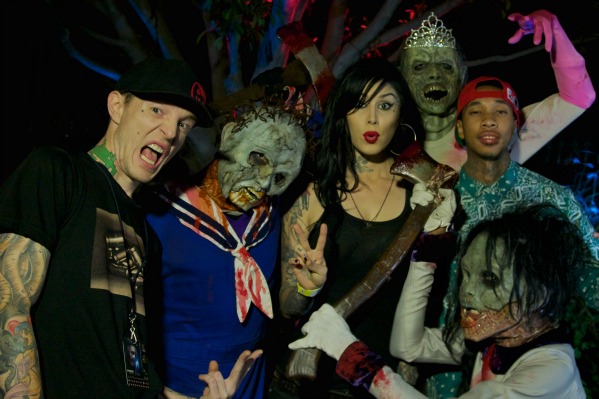 Besides the new Walking Dead attractions, visitors will find themselves dropped back in time with the classic movie monsters at the Universal Monsters Remix, or they can jump into a new 3D maze, Alice Cooper Goes to Hell 3D, based on his well-known concept album. The popular Universal Studios rides are also scheduled to be open during the special evenings, so don’t miss out on riding Jurassic Park in the Dark or Revenge of the Mummy – The Ride while you’re there.

Halloween Horror Nights began Friday, Sept. 21 and will run on select nights through Wednesday, Oct. 31. The evenings often sell out, so be sure to grab your tickets soon at the Universal Studios Hollywood website.