Beyonce is too busy with Blue Ivy Carter to star in the Clint Eastwood-directed A Star is Born. Now what? 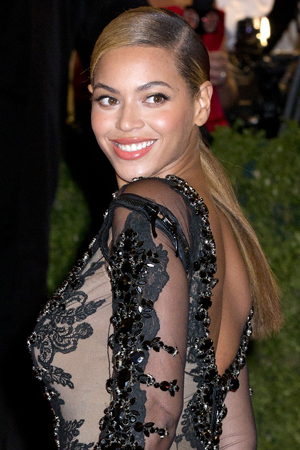 Beyonce’s self-imposed exile from the silver screen will last a little longer: She’s no longer going to take on the starring role in the Clint Eastwood-directed remake of A Star is Born.

“I was looking forward to the production of A Star is Born and the opportunity to work with Clint Eastwood,” Queen B said in a statement. “For months we tried to coordinate our schedules to bring this remake to life but it was just not possible. Hopefully in the future we will get a chance to work together.”

Is Blue Ivy Carter getting a sibling? >>

Eastwood hasn’t commented on who will take her spot — he’s only saying they’ll have a replacement announced “early” next year. Rumored to take on the spot is Grammy-winning jazz performer Esperanza Spalding. Sounds like another Jennifer Hudson in the making, doesn’t it?

Speaking of Hudson, why wouldn’t she be the natural choice for the role? We hope she’s at least being considered.

Other starlets we’d enjoy seeing in the film include Adele, and Anna Kendrick. Sure, Kendrick might not seem like the natural choice, but she’s a solid actress (she earned an Academy Award nomination for Up in the Air) and an amazingly good singer (Pitch Perfect).

Would she take the role? We like to think so, especially since she’s been on Broadway and has experience in this type of role.

“I started in musical theater and Camp was a musical movie, so I’ve sung on film before,” Kendrick told Collider of her musical background and Pitch Perfect. “But obviously I knew that being the lead in a studio movie was going to be a completely different animal. Not only was I worried about performing my best, but if things had gone haywire I’m like the face of this movie and I’m singing and dancing all over a total nightmare. So I was really nervous about that.”

We think she did pretty well in the comedy — and we think it’s high time she takes on this sort of lead. Think about it, Clint.

Who do you think should replace Beyonce in A Star is Born?