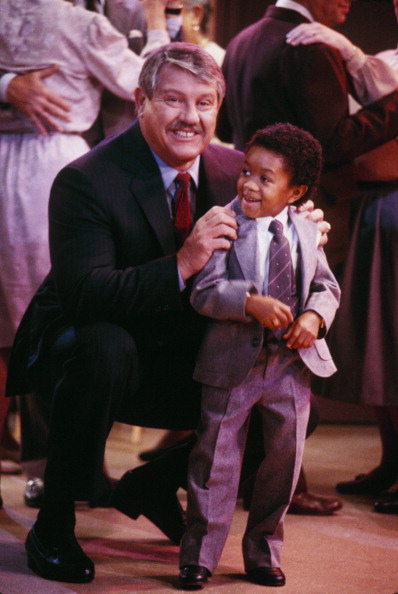 Peyton Manning, Michael Jordan, Shaq, and most every other athlete-gone-actor owes respect to a fallen comrade today.

Although their skills on the field may speak for themselves, Alex Karras is largely responsible for setting their stage onscreen.

Karras died this morning at his family home in Los Angeles, at 77.

While he’s remembered for his legacy in the NFL with the Detroit Lions and as a Monday Night Football co-host, he was also a professional wrestler, and his acting career spanned nearly 30 years. His timeless role as Mongo in 1974’s Blazing Saddles, his portrayal of a secretly gay football-player-turned-bodyguard in 1982’s Victor Victoria, and his longstanding stint as George Papadapolis in the sitcom Webster are just a few of his varied acting accomplishments.

Nowadays we’re used to seeing athletes in the spotlight, but Karras was arguably one of the first.

According to Karras’ lawyer, Craig Mitnick, Karras had been struggling with dementia for years and it had taken quite a toll on the giant of a man.

“He was such a strong, charismatic man,” Mitnick said. “The dementia took that energy away.”

As is only appropriate in times like this, fans must remember Karras for his life: one that was undeniably defined by humor, and esteemed by those who loved and worked with him.

Whether you’re Peyton Manning or a mom driving your kids to practice, take the time to laugh today — do it for Karras, and do it for you.

A father of six, Karras wrote of his experiences in two books, Even Big Guys Cry, and Alex Karras: My Life in Football, Television and Movies.