The brand-new husband is still celebrating his wedding, but luckily he was out on the beach to save a drowning woman. 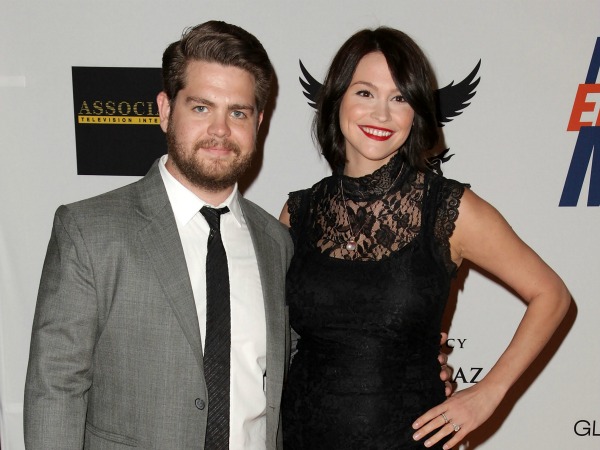 Jack Osbourne has had a tough year, with the devastating news that he has multiple sclerosis, but the famous son has turned it into a year to remember. Osbourne married his girlfriend and baby mama, Lisa Stelly, on Sunday in Hawaii. And it looks like he had another reason to be in Hawaii.

“Really proud of Jack and his friend Tyler who saved a woman on the beach yesterday who’d had a heart attack and drown,” Stelly tweeted on Tuesday. “They resuscitated her until the ambulance came. We just found out she’s in a stable condition! Awesome!”

The wedding may have been lucky for the woman whom Osbourne and his friend saved. And it was lucky that they happened to be on the beach when the emergency happened. Besides Stelly’s tweet, not much is known about the incident, including the name or current condition of the rescued woman.

The wedding between Osbourne and Stelly happened on Sunday. A source told E! News that the ceremony took place at the Four Seasons Hotel in Hualalai, with family and close friends in attendance.

On Friday, Osbourne tweeted, “I love how going to Hawaii with my mum for her 60th has turned into my wedding. Hahaha people are funny.”

Osbourne and Stelly were engaged last September, and their daughter, Pearl, was born in April. His MS diagnosis came just weeks after she was born and devastated the whole family.

“Thank you all so much for the kind and inspirational words,” he tweeted after the diagnosis. “It means a lot. #adaptandovercome.”

Hello! magazine said that only about a dozen people attended the ceremony.

“Nearest and dearest including Jack’s mum, pop Ozzy and sister Kelly, who served as a bridesmaid, all made the jaunt to the Big Island — just a hop, skip and a small plane ride from Maui, where Sharon and Ozzy swapped vows 30 years ago,” said E! News.