In this delightful dude-driven, Adaptation-meets-Pulp Fiction-inspired flick, convention gets thrown out the car window as Colin Farrell struggles to write a screenplay populated by psychopaths who soon take over his life. The darkly comedic tone makes for a violently blissful experience. 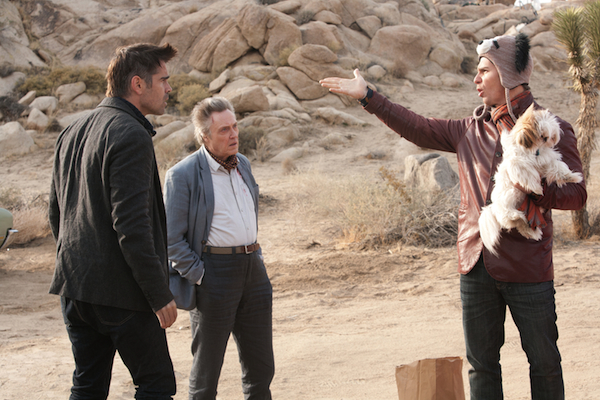 4 out of 5 stars: Perfect for Quentin Tarantino fans

Marty (Colin Farrell) lives in sunny Los Angeles, where every gorgeous iconic landmark — from the Hollywood sign to the Joshua trees — is shot like a beautiful woman: well-dressed and perfectly lit. The cinematography serves as a love letter to L.A. as well as a nod to classic film noir of the 1940s.

Like everyone in L.A., Marty is working on a screenplay. His agent is crazy about the title, Seven Psychopaths, but Marty mostly just drinks instead of writing. Marty’s best friend Bill (Sam Rockwell) is an under-employed actor who kidnaps dogs and lives off the reward money he earns when he returns the dog to its rightful owner. 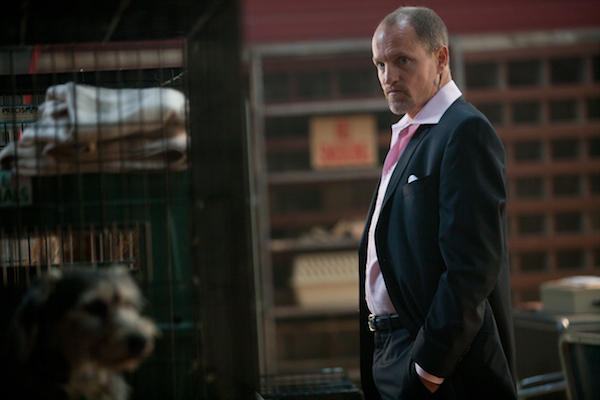 Bill’s partner in crime, Hans (Christopher Walken), panics when he finds out Bill has stolen a Shih Tzu called Bonny from an Angelino thug named Charlie Costello (Woody Harrelson). Marty uses Charlie as inspiration for one of the psychopaths — only six more to go.

Trying to be helpful, Bill places an ad in the LA Weekly looking for a psychopath for Marty to interview. Given that it’s la-la-land, one actually shows up — stroking a pet bunny, no less. Zachariah (Tom Waits) waxes poetic about his ex-wife with whom he went on a killing spree in the 1970s. Psychopaths two and three are now established. 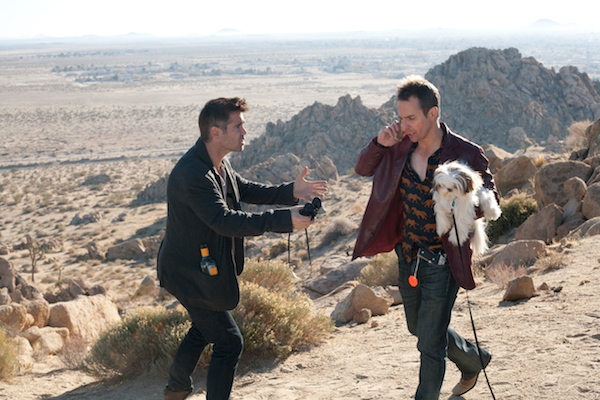 As gangster Charlie hunts down Bill, Marty and Hans in search of his beloved pooch, Marty dodges exactly four more psychopaths, making for a darkly fun romp out of L.A. and into the desert, where the final shoot-out is to take place.

The movie is full of references to other crime movies and never takes itself too seriously. The fast-paced, witty dialogue by Irish playwright Martin McDonagh is fabulous and will leave you wanting more.