The legendary songstress is chiming in on the American Idol controversy, and she’s definitely taken Mariah Carey’s side. She not only agrees with Carey but said she would have killed Nicki Minaj. Literally. 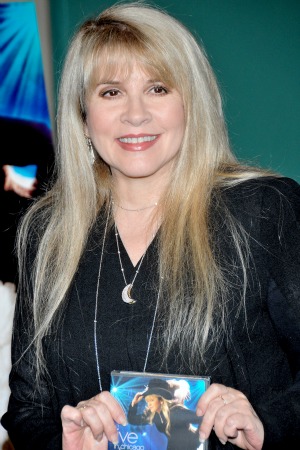 Fleetwood Mac singer Stevie Nicks appeared on American Idol last year as a judge, but the show may be lucky she isn’t there this year. The singer decided to speak up in The Daily about the Nicki Minaj / Mariah Carey controversy.

“How dare this little girl!” said Nicks. “If I had been Mariah I would have walked over to Nicki and strangled her to death right there.”

And in case you think that was a momentary lapse in judgment, Nicks continued:

“I would have killed her in front of all those people and had to go to jail for it.”

But Nicks did say she sees the value in reality TV shows. She told the newspaper that if she were trying to make it in music these days, she would absolutely go on The Voice, The X Factor or American Idol.

“That’s how you get seen these days,” she said. “I would have had to drag [Lindsey Buckingham] kicking and screaming. He probably would have given them the finger.”

Since the singer didn’t have to go through that process, she was asked if she would consider going on one of the shows as a judge to shape the next generation of singers. She responded that there’s no chance she would say yes.

“If you stick me in the middle of a burning fire,” she said, “I don’t think I’d like it very much.”

Stevie Nicks has a new documentary out called In Your Dreams. The singer also acts in the film.

“You know what, I have been a little performer since I was four years old, and you’re going to see that in this film,” said Nicks. “I was just nuts for the stage. I came into the world dancing and singing, and my mom and dad, I think, knew from the very beginning.”

The film premiered Oct. 7 at the Hamptons International Film Festival.

34 mins ago
by Ellen Niz