The numbers don’t lie. From an economic viewpoint Taken and, most recently, Taken 2 left their mark on the box office. But seriously, who else is left to take? 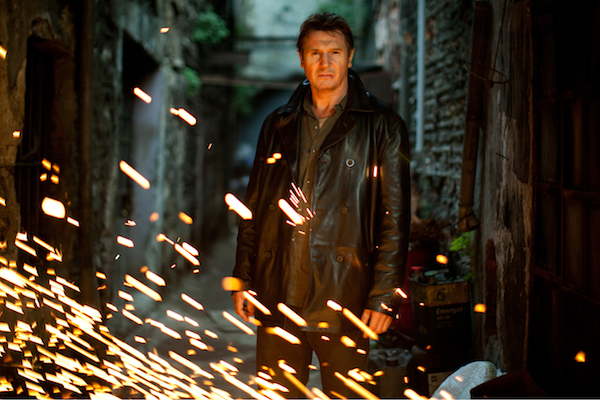 We understand the plot, it says it in the name.

Sure, the edge-of-the-seat action, special effects and drama keep us moving through the movie, but don’t we deserve more?

Taken and Taken 2 could easily fall into the same category as, say, the Transporter and all its offspring: hard-ass guy loses something, wields gun, punches bad guys, saves the day.

I’m not underestimating the creative genius of someone like Robert Mark Kamen, who happened to write said movies. I’m simply asking for more.

In an exclusive interview with Hollywood.com, Kamen states, “We never talked about a sequel [referring to Taken], but when we had this thing, a phenomenon, we took a look at it and said, ‘What’s the phenomenon?’ It was a man striving to be reunited with his family. On the flip side, we had a man who just lost his family. We went from there.”

I get it, it’s ironic. The tides have turned.

“We didn’t start talking about [Taken 3] until we saw the numbers,” Kamen went on.

$50 million is a big influence, bigger than I’ll ever know, but look at it this way: You were a no-name once, an up-and-comer much like myself, full of huge dreams and the self-confidence to match. You in those shoes? Long before Taken 3.

Would you measure your success based on the bills or the chills?

Cheesy, I know, but here’s my point: I’m betting you entered the industry looking to make an impact. And that requires breaking the mold. It’s time to break yours.

Come up with something innovative that leaves its audience with something substantial. I’ll be the first one in line, and chances are, you’ll yield even more than this past weekend.

What do you think? Are you excited for Taken 3?