Kim Kardashian’s love life has been the topic of conversation for a long time, leading a comic book company to believe we’d like to see it in cartoon form. 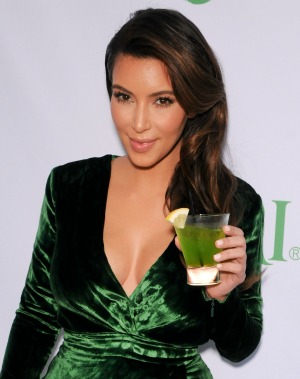 Because some people apparently think that we don’t hear about Kim Kardashian‘s love life in enough ways, they have added another medium to the list. A comic book chronicling the reality TV star’s love life was released today. It’s called 15 Minutes: Kim Kardashian.

The book on Kardashian is the first in a series the company will be releasing called “Celebreality,” focusing on reality TV stars. Other reality stars and shows they plan to follow include the Real Housewives of Beverly Hills and Jersey Shore.

“It’s safe for me to say that overall, I’m quite happy with the end result of this project,” said artist Hernawan. “I’m very grateful to be given this opportunity, and I hope the reader will enjoy the book as much as we enjoyed making it. Hopefully, Kim will too!”

The cover of the book features Kardashian in a superhero outfit, and it is available now for only $3.99 or in a digital version for only $1.99.

Kardashian has not commented on the project, said whether she is a fan or not, or even said whether or not she has seen the new comic book based on her life yet. It sounds like the company was as respectful as possible, and since she likes any attention given her, chances are she will be a fan.

Bluewater Productions has in the past released other celebrity comic books, including biographies of Ellen DeGeneres, Britney Spears, Mitt Romney, Barack Obama, Demi Lovato and Justin Bieber. Bluewater will also be releasing this week a biography of singer and actress Olivia Newton-John, talking about her struggles with breast cancer.