In a crowded field this year, the foreign film entries reveal newcomers, veterans and a political omission. 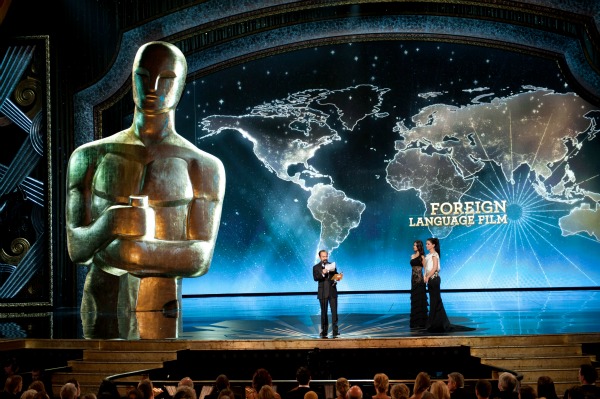 Yesterday, the Academy of Motion Picture Arts and Sciences announced that a record 71 countries were vying for the 2012 Foreign Language Oscar. The remarkable number comes as several movies begin to make film-festival awards lists and jump to the head of a crowded pack.

Notable entries on Monday’s list include Nairobi Half Life, which is the first entry ever for the country of Kenya, as well as Austria’s Amour, which garnered the top prize at May’s Cannes Film Festival. Lasse Hallstrom, director of The Cider House Rules, is also noted on this list for the Swedish film, The Hypnotist.

One huge absence from the foreign film list is last year’s winning country, Iran. It won the Oscar for the first time in 2011, with A Separation. Unfortunately, Iran elected this year to withdraw its official selection, A Cube of Sugar, in protest of the anti-Islam film, Innocence of Muslims. That controversial film, released on YouTube, sparked riots that resulted in the death of U.S. Ambassador to Libya, J. Christopher Stevens.

The nominees will be announced on Tuesday, Jan. 10, 2013, at 5:30 a.m. PST on Good Morning America, where the list will be whittled down to five nominees for the 2012 Foreign Language Oscar.

The 85th Annual Academy Awards will be held on Sunday, Feb. 24, and will be hosted by Seth McFarlane at the Dolby Theatre in Hollywood. If you are interested in sitting in the bleacher seats for Hollywood’s biggest night, don’t forget to enter the Oscar® Fan Experience lottery, which is open until Nov. 16.