Mitt Romney has another celebrity supporter in Stacey Dash. 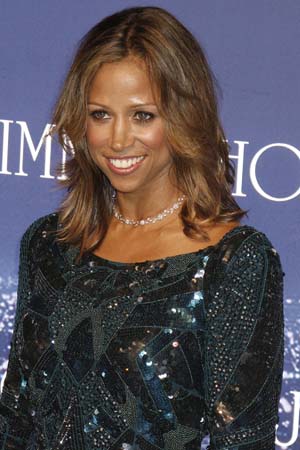 It seems that Americans are no longer capable of formulating a calm, reasoned argument when it comes to politics. No, people from both sides of the aisle immediately devolve to threats and yelling matches when another person doesn’t agree with their views.

Case in point? Actress Stacey Dash. The former Single Ladies star ignited furor among her Twitter followers when she came out in support of Mitt Romney.

“Vote for Romney. The only choice for your future,” she tweeted on Oct. 7, along with a photo of herself posing in a bathing suit in front of a flag.

You’d think she tweeted in support of killing grandmothers and kittens, judging from the response. Followers quickly called everything from her race to her career into question.

“B**** we know the only reason you tweeted that Romney s**t was so you can taste what it feels like to be relevant,” another tweeted, along with “just like that @REALStaceyDash is excommunicated from the Black Community … stupidity at its finest.”

The most disturbing, however, are the tweets calling for the Clueless actress to commit suicide.

“Kill yaself you old hag,” one follower wrote. Another follower — a man with a PhD, of all things — also called for her death. He’s since deleted the tweet, but it’s captured forever on Twitchy.

Dash has stopped responded to the trolls. Instead, she put out her own levelheaded response to all the hateful comments.

“My humble opinion… EVERYONE is entitled to one,” she tweeted.

Is it November yet?