Your favorite Upper East Siders are back in their final season of “Gossip Girl.” But before we can start to fantasize over who the real Gossip Girl is, which will be revealed this final season, let’s discuss Monday night’s premiere episode where things are… as they should be, especially in the Upper East Side. 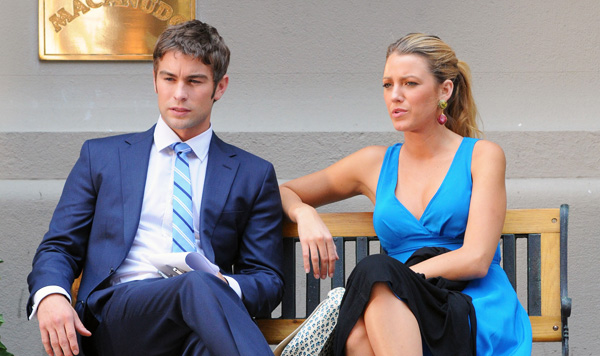 The final season premiere episode of Gossip Girl starts off familiar enough with Blair Waldorf (Leighton Meester) somewhere in Europe and Chuck Bass (Ed Westwick) sort of-kind of with her — mainly just rolling around in bed together, Nate Archibald (Chace Crawford) doing his own thing, and the rest of the gang just lounging around before the dog days of summer are over.

But where is Serena (Blake Lively)? Last we saw, the poor-little-rich-girl was on a train getting ready to do some street drugs. First of all, who does drugs on a train? Second of all, she was using public transportation?

When the entire gang finally realizes Serena is “missing,” they stop whatever they’re doing in their glamorous lives and concoct a way to find her. Meanwhile, Lily (Kelly Rutherford) and Rufus (Matthew Settle) are still separated, but oh! Ivy (Kaylee DeFer) is now living with Rufus. He wanted to help her out, in which they actually end up helping each other out in Rufus’ bed… naked. Oh, and Dan (Penn Badgley) walks in and sees them frolicking under the covers. Don’t worry, they don’t even notice him in their post-coitus bliss — no awkwardness there. So, he sneaks out of the room, like the Lonely Boy he is… and probably always will be since Serena and Blair both seriously dislike him right now.

Back to Serena! The gang — Blair, Chuck, Nate, Dan and Georgina (Michelle Trachtenberg) — find out where Serena is and go find her. You’re probably wondering why Georgina is involved in this? She’s helping Dan write the ending to his tell-all book about the whole gang, and he’s using real names this time. She’s also super-bored as an Upper East Sider housewife and mom. Who would have thought? Oh, Harriet the Spy.

When the whole gang shows up at Serena’s hideout spot, they expect to find her passed out in a bathroom with puke crusted around her golden locks. Instead, they find her blissfully gorgeous, healthy and happy (as Ryan Reynolds’ wife should be)… that is until she sees her old friends who all shunned her from their lives as we saw in the Season 5 finale.

When they tell the maid, who answers the door, that they’re looking for Serena, the maid gives them a puzzled look and refers to Serena as Sabrina.

The worst outing, ever

Oh, heck no! The logical explanation is that Serena’s pulling another boarding school stint, obviously. So when they all end up easily entering the private event, they find Serena with her new boyfriend, a wealthy businessman named Steven (Barry Watson)… um, is this 7th Heaven for rich people now? Steven thinks Serena is from Wisconsin, among other lies she told him, so clearly he’s never been to the Midwest.

So, anyway, Steven starts to make a toast in front of all the guests, talking about how much he loves Serena (even though they just met over the summer, so… 2½ months ago) when Blair and Georgina simultaneously interrupt and start yelling sane things like, “Sabrina’s real name is Serena and she’s mentally insane” oh, and also, “We called a psychiatric ward who’s going to have Serena committed right now,” — you know, things that friends usually say at a crowded event?

They just wanted to stop the wedding that was about to happen between Barry Watson and Ryan Reynolds’ wife! Oh, but wait… it’s not their wedding; this wedding is for the two grooms up on the balcony yelling and super-upset that Harriet the Spy and Country Strong have ruined their wedding!

To sum it all up, Serena ends up telling her new boyfriend the entire truth and bringing him home to her penthouse in the city. The rest of the gang goes home. Chuck and Blair have this moment in his limo where they talk about their opposite of a Dr. Phil-approved relationship. Chuck somehow pulls out his engagement ring to Blair from around her neck, kind of like when your uncle used to pull a quarter out from behind your ear.

Then he tells her he’s going to walk home and gets out of the limo, leaving Blair confused and happy, though it’s hard to tell with her.