Will the sitcom Community ever get any respect? It doesn’t seem likely as its Season 4 debut is delayed indefinitely. 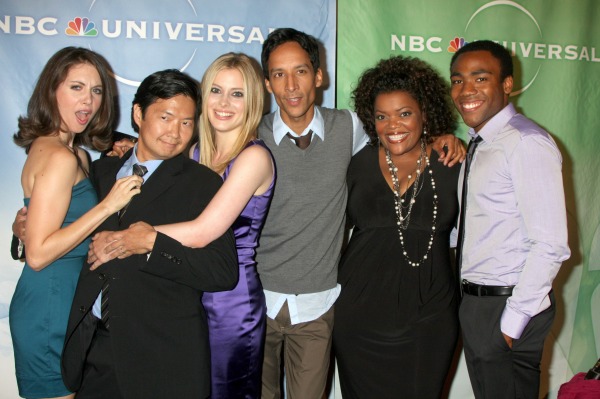 The tumultuous ride at NBC for the show Community continues, as the network announced late on Monday that it was postponing the Season 4 premiere. The sitcom was scheduled to debut on Friday, Oct. 19, alongside the sophomore comedy Whitney.

Both shows were part of the delay, as the network supposedly waits to see what happens to the rest of the fall slate.

The beleaguered network released a statement saying, “Given the success we’ve had for the past four weeks — including winning the first week of the season in A18–49 — we’ve decided to continue to concentrate our promotional strength on our new NBC shows that are scheduled Monday through Wednesday and have therefore decided to hold Community and Whitney from their previously announced premieres of October 19th.”

In an unusual move, the network did not release a new premiere date for either series. Instead, it said that “when we have a better idea of viewing patterns in the next few weeks, we will announce new season premieres of Whitney and Community.”

Community has not had an easy time at the peacock network the last two seasons after low ratings plagued it, but a strong cult following resulted in a very late premiere in Season 3. During the summer hiatus on the show, a feud involving star Chevy Chase and show runner Dan Harmon left the network no choice but to fire the creator.

The new show runners, Moses Port and David Guarascio, have their work cut out for them this season. As the new guys on the block, they are out to prove themselves to the show’s rabid fans while they work for a network that has rarely supported the edgy comedy. In the meantime, repeat episodes of Grimm will air during the 8–9 p.m. timeslot.