The comedian is such a fan of the show that she not only offered to buy the Thompson family a house, but she also compared Honey Boo Boo herself to Shirley Temple. 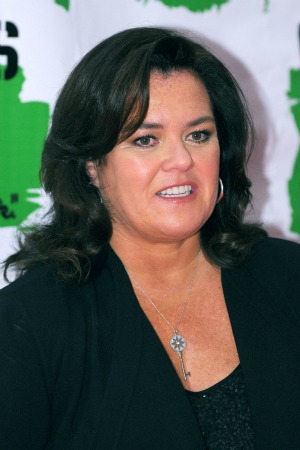 Rosie O’Donnell has something in common with 2.8 million other Americans — she is a fan of the new TLC reality show Here Comes Honey Boo Boo. In fact, she is a big enough fan to have talked to People magazine about her admiration for the whole Thompson family.

“I love Mama June. I love Sugar Bear. I love Chubbs,” she told the magazine. “I love ’em all.”

She even went so far as to do an impression of the matriarch of the family.

But all joking aside, O’Donnell does really seem to respect Alana Thompson, the 7-year-old star of the show. She said Alana reminds her a lot of Shirley Temple.

“She has a presence and an intellect that goes way beyond her years,” said O’Donnell.

She even went so far as to make Alana’s family an offer they may not be able to refuse.

“I’d love to meet them… and buy them a house,” O’Donnell told People.

The family may not want a new home any time soon, though. TMZ says that TLC offered to buy the family a house, but they refused because the “house’s Christmas decorations are apparently a staple for the community,” said the New York Daily News.

And even if the family did want a new home, they aren’t doing too bad these days and might be able to buy their own home without anyone else’s help. The Thompsons are reportedly making around $5,000 to $7,000 per episode, but since the show has become so successful, they have been given a raise. TMZ reports they are now making between $12,000 and $15,000 per episode.

Whether or not Rosie O’Donnell decides to buy Honey Boo Boo’s family a house, she may go out of her way to get to know the family she admires so much.