The rapper thrilled fans by performing a concert in his hometown of Brooklyn on Saturday. But he took it a step further by riding the subway to the show, along with other Brooklyn residents. 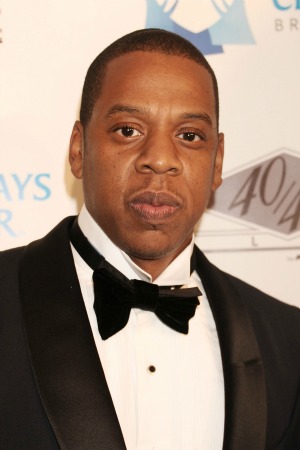 Always the promoter, Jay-Z was spotted on the subway to Brooklyn this weekend, on the way to his own show at the Barclay Center.

“Jay and his crew took the ‘R’ train from Canal Street in Manhattan to Atlantic Avenue in Brooklyn on Saturday to mark his final show at the new Nets stadium before basketball season kicks off this month,” said TMZ.

But the ride may not have been without self-promotion. Jay-Z recently became part owner of the Nets and moved them to the Brooklyn location. He appears to be showing New Yorkers (and New Jerseyans) how accessible the stadium and team are.

“Jay-Z took his name from the J/Z line in the NYC subway, the line that ran through his own neighbourhood while growing up,” said ContactMusic. “However, it was the R line that the rapper and producer opted for… He was snapped mid-conversation with an elderly passenger whom he sat next to.”

The show Jay-Z was headed to would also feature his wife, Beyonce, performing a duet of “Crazy in Love” with her husband.

The rapper recently said he feels like being a part of the basketball team is the ultimate American Dream.

“The 43-year-old music mogul and entrepreneur says when he was a kid growing up in Brooklyn, he pretended on the basketball court to hit the winning shot at the buzzer,” said John Carucci of the Associated Press.

Jay-Z also has an equally successful wife and a new baby, and he is coming out with a video game. He told a crowd at the launch of the video game that his story is a good example of what is possible in the United States.

Jay-Z and Beyonce recently said that with everything they are doing, a new baby is not currently in the works, but that doesn’t mean there won’t be one in the future.