Lena Dunham is a writer, so why shouldn’t she have her own book deal? Now she does. 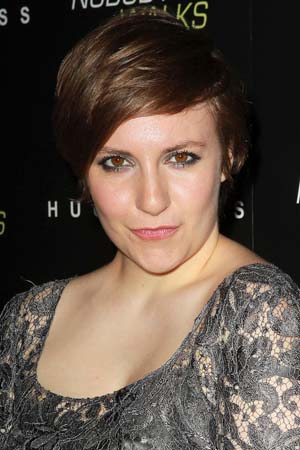 Girls creator and actress Lena Dunham is about to take over your bookshelf as well as your television. The 26-year-old has reportedly penned a $3.5 million deal with Random House to write a self-help and advice book tentatively titled Not That Kind of Girl: Advice by Lena Dunham.

The book — still in the beginning stages — will include “candid accounts of losing her virginity, trying to eat well (detailed diet journal included), obsessing about death, and so on, along with tips about how to stay focused on work, how not to ruin a potential relationship, and what have you,” according to the book proposal.

Worst-dressed at the Emmys : What were they thinking? >>

“One section will recount various ways in which older men continue to be condescending and sexist, and will describe ‘the most awkward date ever with an older director.’ Another will describe travel to various places, including Israel and Japan.”

Dunham is quite the polarizing figure in entertainment: People either really, really love her or really, really hate her. She’s learned to deal with the criticism that comes with having a hit television show,  though it’s admittedly through her own filter.

“I’m in therapy since I was 7 so I thought I’d cornered the market on self-criticality,” she said at the New York Film Festival over the weekend, according to The Los Angeles Times. “As an artist I want to shelter myself in a safe place to work in… but as an executive producer I need to open myself up to people’s responses… [So] I dabble in press. I pick and choose. I have a Mom with a Google alert who will forward things to me.”

We can’t wait to check it out.

Will you read a Lena Dunham–penned book?