What do rednecks and the presidential debate have in common? Inspiring popular Halloween costumes for 2012! Yes, it’s time to put away your Lady Gaga and Drunk Snooki costumes and get ready for some hot celebrity-inspired getups that are sure to trend at a Halloween party near you. 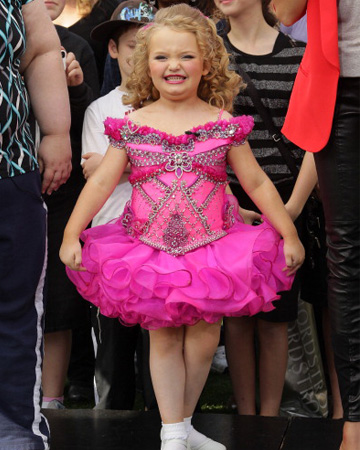 With the snappy catchphrase “A dollar makes me hollar,” this glitz champion will no doubt be the hottest costume this year. You’ll need a sparkly, ruffled dress, giant crown and a bottle labeled “go-go” juice — perfect to get you through to the end of the party. 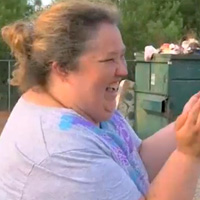 Who knew the show Here Comes Honey Boo Boo would get higher ratings than the Republican National Convention? Mama June farts her way to stardom in this cultural horror show. You’ll need to staple some coupons to a muddy muumuu padded with pillows and don’t forget a giant tub of Country Crock. Also, be sure to eat plenty of beans before attending the party for an evening filled with toots. 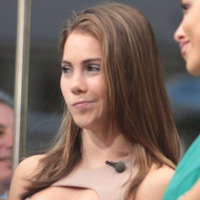 The cute gymnast became an Internet sensation when she couldn’t hide her disappointment at failing to win the gold for the vault at the 2012 Olympics. All you’ll need for her costume is a leotard, a fake silver medal and a slanted frown. (Note to McKayla: We think winning silver is awesome!) 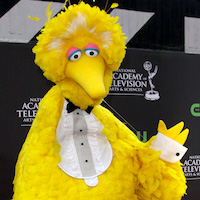 The unexpected star of the presidential debate wasn’t Romney or Obama but the beloved Big Bird from Sesame Street, a show on PBS that Romney claims he’ll defund if he’s elected. You’ll need lots of yellow feathers, fake blood and makeup to make a gunshot wound and a sign that says, “I voted for Romney.” 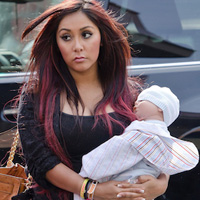 It’s hard to believe this Jersey Shore meatball is actually in charge of baby Lorenzo, but it’s happened. For this costume, you’ll need a black wig, a baby doll in a Bjorn, giant eyelashes and a bottle of tequila. 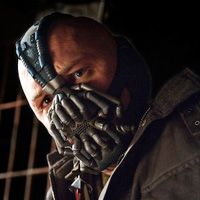 Going to a Halloween party with your dude? This pairing will no doubt be popular, as these dark villains dazzled in The Dark Knight Rises. You’ll need a shiny catsuit, and your man will need an adjustable dog muzzle and scary voice.

Queen of England
and James Bond 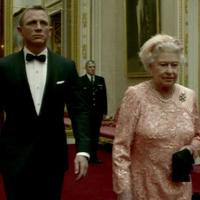 This dream team of a couple made perhaps the most thrilling entrance ever at an opening Olympic ceremony. To play Her Royal Highness, you’ll need a gray wig, tiny crown and pink dress. For Bond, your man will need a tailored suit — and don’t forget your parachutes.

What will you be dressing up as this Halloween? Share in the comments below!