Nicole Scherzinger and group manager Ron Fair admit the Pussycat Dolls were a marketing sham on VH1’s Behind the Music. 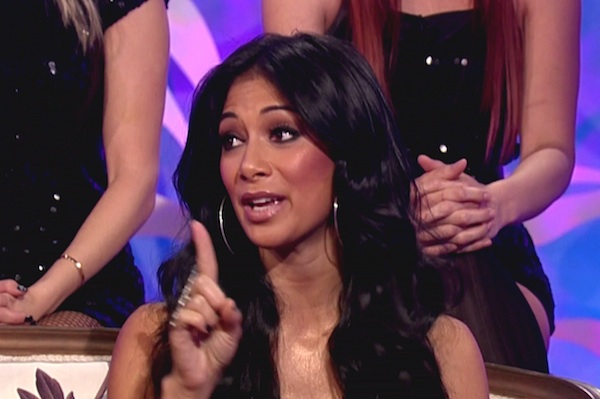 “I love those girls, they’re like my sisters. But, people don’t even know the story. They have no idea. I was in the center [of the group] because I’m singing. I was the one singing.”

You can check out the clip for yourself at TMZ. Nicole is at first hesitant to discuss the dynamics of the Pussycat Dolls on camera, saying she had “never really talked about it before,” but then she pretty much puts her former bandmates on blast, saying she was the only one who could be counted on to sing the tracks.

Ron Fair admits the Pussycat Dolls were a marketing sham. “Melody [Thornton, who left the group in 2010 for a soloo carreer] sang a bit here and there, but the records were Nicole. You know, okay? With the exception of an occasional ad-lib. But they were Nicole. They [the songs] were created with her.”

Scherzinger goes on to make the claim she did 95 percent of their debut album PCD, which was released in 2005. Nicole explains the PCD girls didn’t even know about the album until Nicole and Ron brought them into the studio and played the finished version for them. Nicole emphasizes, “Do you understand what I’m saying? We played the album for the Pussycat Dolls. It was the first time they’d ever heard the songs.”

You can check out the full Pussycat Dolls episode of VH1’s Behind the Music in a few weeks at VH1’s website.