How could something that looks so disheveled sound so good? 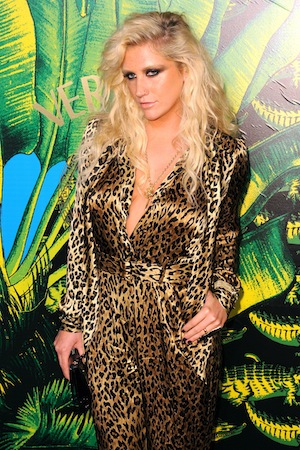 Ke$ha knows a good thing when she sees one. Remember the hit “Tik Tok”? We couldn’t help but play that on repeat. It was sensational. So, makes sense our favorite sloppy wannabe hippie wants to capitalize on her niche party-pop genre. We have to hand it to her — she knows how to make a party song.

Now that you know it sounds like a typical Ke$ha song, it’s pretty irresistable. Remember Vitamin C’s “Graduation”? Or fun.’s “We Are Young”? It gives you a sense of nostalgia and togetherness that is like refreshing audio lemonade. This song could transcend any age group and get everyone on the dance floor. You’ll want to sing along, maybe even scream the lyrics aloud. This dance-club song benefits from synths that lend a trippy vibe to Ke$ha’s drunken, yet passionate, singing. Dare I say she’s almost inspirational? Her background singers yell back in affirmation, and the feedback only adds to the excitement and energy beaming from this track. Can you fist pump to this? I want to.

This first single, “Die Young,” off her highly self-promoted album (she goes off on Twitter rants), Warrior, has already been on the top of the iTunes charts, according to AOL. The track features producer Dr. Luke (who has collaborated with the likes of Katy Perry, Pink and Flo Rida) and lyrical contributions from fun. frontman Nate Ruess (remember I said it sounded similar?!).

The music is lively, Ke$ha is spirited and the message is absolutely positive. This is the now the fifth time the song is on repeat for me, and I guarantee you, it’s a crowd pleaser. It’s Red Bull for your ears, and for your next party “Die Young” is what I prescribe. Under all that glitter, the unwashed hair, the incessant babbling, gyrating, and slop… is a pop muscian. Who would have guessed? Maybe she lacks versatility, but if it’s not broken, why fix it?