Just the chance we could see Amy Winehouse is enough incentive to watch. 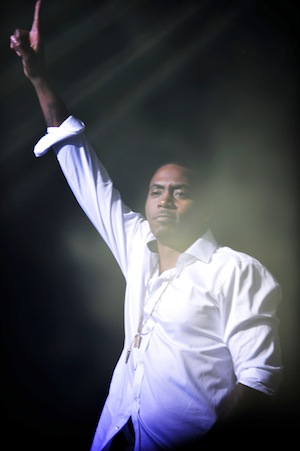 All I had to hear was that Amy Winehouse would be featured on this track, and I was intrigued to watch the video. Amy Winehouse was a legend, may she rest in peace. Her music was classic with a modern appeal — and impossible to duplicate.

Nas, a rap powerhouse who has a reputation for rapping with intellect, brings a subtle class to this video. Disappointingly, Amy is featured only in a projected image, which seems to come from a previous performance. The sample she sings was recorded prior to her death, and as reported by MTV, Nas felt it was absolutely necessary that she appear in some way during the video. They had collaborated and had fully intended to work more in the future.

The video has a classy, cool vibe, presumably due to the laidback swag of Winehouse’s style, and takes place in an upscale bar. The focus revolves around the bartender (Nas) and a striking, voluptuous vixen. Seriously, that woman has more curves than a winding mountain road. Often the target of married/powerful men, she ends up being most drawn to the humble bartender. I’m not sure whether she just fools around with these men or is “for hire.” But in the end, she actually leaves the bar with Nas. Not the most intricate of plots, it still has the underdog winning the prize.

I got chills when the first few seconds played, because the featured woman bore an odd resemblance from behind and the side to Amy. Once the camera panned to her face and full view, there was absolutely no relation, however. Nas raps to her as the object of his affection. It’s nice to see Nas be so vulnerable and sweet in his approach, because after all, he was married to Kelis. She doesn’t exactly scream sensitivity and approachability. She just screams.

Even if you only watch this video for the projected version of Winehouse, it’s worth it.