In a joint statement on Friday, Ben Flajnik and Courtney Robertson officially called it quits. So, ABC-TV has another failed television relationship from the Bachelor franchise on its hands. 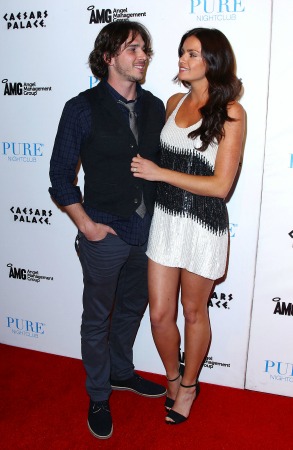 Well, this breakup shouldn’t surprise anyone, as The Bachelor does not have the best track record when it comes to creating happy marriages. This Bachelor couple, Ben Flajnik and Courtney Robertson, announced their split on Friday, after dating a little over a year.

This match was anything but made in heaven, because of a very tumultuous season that included Robertson and several other women vying for Flajnik’s attention. The other women warned ABC’s Season-16 bachelor about the backstabbing nature that his eventual fiancee had displayed with them in the house. Of course, he didn’t listen, and the duo became engaged during the season finale.

Yet all was not well after the end of their season, because there were incriminating photos released to the public that implied that Flajnik was stepping out on Robertson with other women. While the rumor was never 100-percent confirmed, the couple clearly started on a rocky path and had broken up once even before their engagement was made public.

The couple released a joint statement exclusively to In Touch saying, “After meeting over a year ago, we have decided to end our romantic relationship. The ups and downs weighed heavily on us both, and ultimately, we started to grow apart because of the distance, time apart, and our need to focus on our respective careers.”

Flajnik was originally a contestant on The Bachelorette, Season 7, with Ashley Hebert in the starring role as the bride-to-be. He was turned down by Hebert, who will be marrying the “winner,” J.P. Rosenbaum, in a televised wedding in December. Flajnik also had an interesting dalliance with actress Jennifer Love Hewitt in between filming the two seasons.

Robertson is not new to the spotlight, having pursued a modeling career in the LA area. She is also known to have dated Desperate Housewives actor Jesse Metcalfe and Reese Witherspoon’s current husband, Jim Toth.

As in every public statement following a breakup, the couple state, “We continue to remain friends.”