Lisa Niemi was married to Patrick Swayze for 34 years. But now, three years after his death, she has finally found new love. 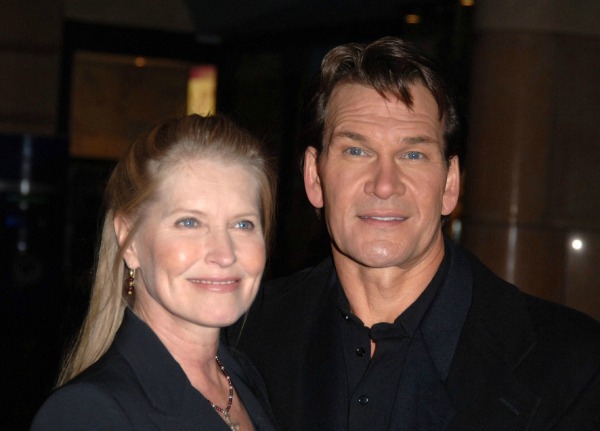 Lisa Niemi has been a widow for over three years now. Her husband, Patrick Swayze, died in Sept. 2009, but it looks like Niemi has found love again. Niemi’s rep confirmed to People that she is dating jeweler Albert DePrisco.

Niemi and Swayze met and fell in love on the set of one of Swayze’s best-known movies, Dirty Dancing. She was a dancer and choreographer working on the film. The 56-year-old Niemi was married to Swayze for 34 years, until he passed away in 2009 of pancreatic cancer.

Niemi helped unveil a wax statue of the actor last fall in Hollywood. At the ceremony, two years after his death, you could tell she was still very much in love with her husband.

“It became clear to me that someone had put a lot of love into this, for a man I loved so very much,” she told People.

According to ABC News, Niemi and DePrisco met at a birthday party for a mutual friend. 57-year-old DePrisco has been dating Niemi for only a few months, but according to the National Enquirer, he has already introduced her to his parents.

“The two have gone out on hot-and-heavy dates, and the smitten businessman has been showering Lisa with expensive jewelry,” said the National Enquirer.

The magazine said that, along with his siblings, DePrisco co-owns Boston-based DePrisco Jewelers. The jewelry-store chain has locations in Massachussetts and South Florida, where Albert lives.

“Albert is very generous and has given Lisa some expensive jewelry from his family’s shops,” a source told the Enquirer. “Lisa is very impressed, and her affection for him is obvious.”

Last year, Niemi spoke about moving on. “I know I’m stronger now,” she told People. “The fact that I’ve had some good days definitely gives me hope that I can have more.”