Former Brat Pack star Molly Ringwald dazzles with her first work of fiction, the novel in stories When It Happens to You. 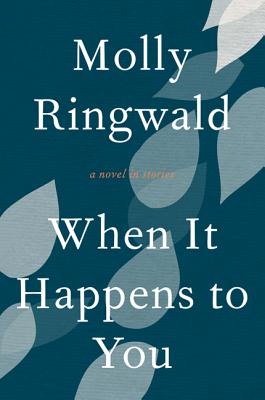 Molly Ringwald is best known for her movie roles as part of the famed 1980s Brat Pack, acting in cult classics such as in Pretty in Pink, The Breakfast Club, and Sixteen Candles. She is currently starring in ABC Family’s The Secret Life of the American Teenager. In addition to being a beloved actress, Ringwald is also an immensely talented writer. Her first book, Getting the Pretty Back: Friendship, Family, and Finding the Perfect Lipstick, was a memoir, and her second, When It Happens to You, is a stunning novel in stories.

About When It Happens to You

Greta and Phillip Parris have been trying for years to give their young daughter Charlotte a brother or sister, but it seems as if all of their efforts drive them farther apart rather than bringing them closer together. Charlotte seems to realize that something is wrong and acts somewhat erratically, particularly toward her pretty and young violin teacher, Theresa.

Although Greta and Phillip’s story is at the center of When It Happens to You, Ringwald tells their story by relating the tales of those who come in contact with them, people like Charlotte’s best friend and his single mother, Greta’s neighbor, her mother, and a former actor on a children’s show. Each of these characters is well fleshed out and realistic, so their perspectives on Phillip, Greta, and the couple’s relationship greatly enhance the reader’s understanding.

The stories in When It Happens to You work together in a way that is hard to achieve in this novel form. Each and every chapter contributes to the single cohesive story, as well as having an emotional punch all its own. Particularly affecting are the title story, which is in second person from Greta’s perspective, and “My Olivia,” told from the perspective of the mother of Charlotte’s best friend.

The multiple perspectives and myriad of stories in When It Happens to You mean that there is something here for everyone. With the beautiful writing and the will-they-won’t-they of Greta and Phillip’s marriage and possible divorce after the cheating comes to light, this variety of perspectives makes When it Happens to You an ideal book club book .