Are you excited for the next installment of the saga of James Bond, Skyfall? We are, especially since a new documentary takes us through the series from Dr. No to now. 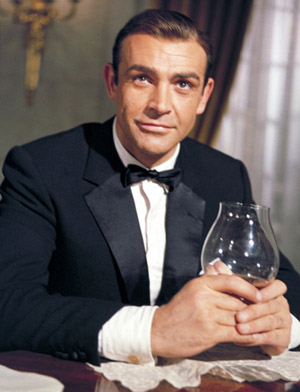 Did you know that today is Global James Bond Day? Yes, neither did we — until we heard about the new 007 documentary helmed by filmmaker Stevan Riley. Everything or Nothing: The Untold Story of 007 follows the film from its beginnings with Sean Connery in the ’60s to today’s blond Bond in Daniel Craig.

Of course, the documentary is timed for the upcoming release of Skyfall and 50th anniversary of the spy franchise.

So, how do filmmakers keep Bond fresh after all these years?

“Well it’s a challenge, after fifty years it is a challenge to keep him interesting,” producer Barbara Broccoli told SkyTV. “I think the first thing is that we have to come up with a great story, which I think we have with this film.”

She’s also a huge fan of how Craig portrays the sexy spy as a sensitive, almost vulnerable, Bond.

“I think Daniel Craig’s portrayal of the character has allowed us into his inner life, and I think it has made it very interesting, so this story is very challenging for him emotionally and physically,” she said.

Our favorite part of Skyfall — so far — is definitely Adele’s sexy, haunting theme.

“I was a little hesitant at first to be involved with the theme song for Skyfall,” the singer told Reuters. “There’s a lot of instant spotlight and pressure when it comes to a Bond song.”

The singer doesn’t think artists should use sex to sell records, but she’s more than happy to be a sexy Bond girl.

5 Reasons we want to make out with Daniel Craig >>

“When we recorded the strings, it was one of the proudest moments of my life,” she added. “I’ll be backcombing my hair when I’m 60, telling people I was a Bond girl back in the day, I’m sure.”

We can’t wait until Skyfall hits theaters on Nov. 9, but these clips will tide us over until then.