Chris Brown is again airing his side of the Breezy/Rihanna/Karrueche Tran love triangle with an artsy video. 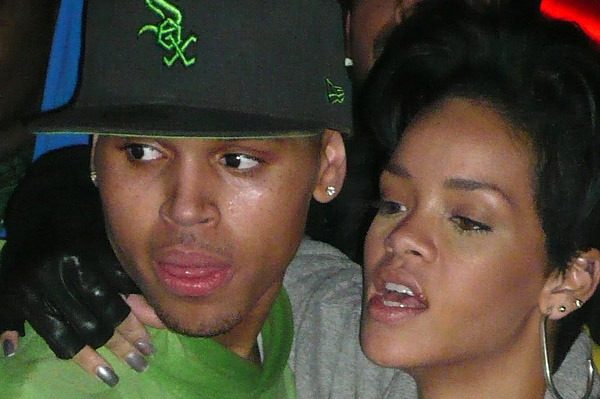 What do you do when you’re in love with two people? If you’re Chris Brown, you enlist a filmmaker to create a pensive video about your “struggle.”

“Y’all don’t really get the real Chris Brown, so I like to just be honest,” a drunken Breezy says in the video, posted Thursday night. “I’m just stressed out. It ain’t about the music, I love my fans, it’s just that when you share a history with somebody and you tend to fall in love with somebody else, it’s kinda difficult.”

He’s talking about his rekindled “friendship” — aka relationship — with Rihanna. The singer released a statement on Thursday announcing the end of his relationship with Karrueche Tran in favor of his Barbados-born ex.

“I have decided to be single to focus on my career. I love Karrueche very much but I don’t want to see her hurt over my friendship with Rihanna,” Brown said in the statement. “I’d rather be single allowing us to both be happy in our lives.”

He wasn’t done with his self-reflection, though.

“Is there such thing as loving two people?” Brown asks rhetorically over a b-roll of cash, bottles and clubs. “I don’t know if it’s possible, but I feel like that.”

Brown also insists that he doesn’t want to hurt anyone.

So much so that he physically harms the person he’s with… but, we digress. Rihanna seems on board with the whole thing, so we pretty much just have to accept it.

“Ain’t nobody bidness….. But mine and my baby!” she defiantly tweeted Thursday night.

OK, but we feel for Tran in this whole situation.

“Wtf is going on?” she tweeted Friday morning. Our thoughts exactly, Karrueche.