Arrested with a 78-year-old great-grandmother, Kill Bill actress Daryl Hannah put her body on the line to block a crude oil pipeline. 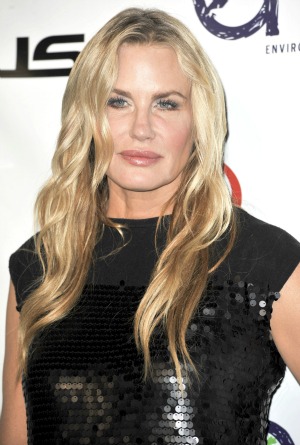 Kill Bill actress Daryl Hannah was arrested Thursday near Winnsboro, Texas, in a protest against an oil pipeline that would bring crude oil from Canada to the Gulf Coast, The Huffington Post reported.

Hannah and Texas landowner Eleanor Fairchild stood in front of heavy machinery in an attempt to block construction of the controversial Keystone XL pipeline on Fairchild’s farm in Winnsboro, about 100 miles east of Dallas.

“They’ve arrested Daryl Hannah and a rural Texas great-grandmother,” said Hannah’s manager, Paul Bassis. “The streets of Winnsboro will be much safer tonight now that they’ve gotten that 78-year-old great-grandmother off the streets.”

Hannah, 51, who has appeared in movies such as Splash, Kill Bill and Bladerunner, has been a longtime opponent of TransCanada’s $7 billion pipeline. She was arrested in August 2011 during a protest of the pipeline in Washington.

At the time, when she was taken into custody outside the White House, she said, “Sometimes it’s necessary to sacrifice your freedom for a greater freedom, and we want to be free from the horrible death and destruction that fossil fuels cause, and have a clean energy future.”

Activists say the pipeline carrying crude oil would easily corrode and would lead to a spill. They add that refining the oil would contaminate the air in a region that has struggled with pollution.

“It is unfortunate Ms. Hannah and other out-of-state activists have chosen to break the law by illegally trespassing on private property,” a TransCanada spokesman said in an e-mail, saying the protesters were “putting their own safety and the safety of others at risk.”