Police are reporting that 10 pieces of Cartier jewelry went missing from the actress’ home over the summer. No arrests have been made, but there have been extra people in the home all summer. 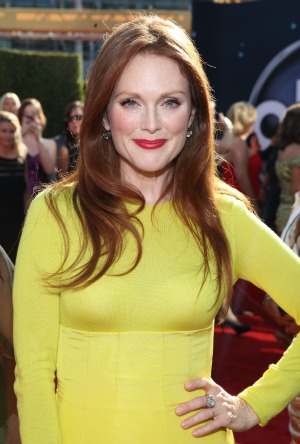 Julianne Moore may have learned a lesson about trusting people after $127,000 in jewelry went missing from her New York City brownstone. While it is being called a burglary, the worst part may be that she actually let the burglars into her home.

“Contractors had been working in the brownstone, which Ms. Moore shares with her husband, the director Bart Freundlich, and their two children,” said the New York Times. “The city’s Buildings Department lists three permits, filed in July, for interior renovation and plumbing work.”

Between June 6 and Aug. 28, 10 pieces of Cartier jewelry went missing from Moore and Freundlich’s brownstone on West 11th Street. The contractors were working on the home during that period, and police say they have made no arrests.

“There’s a great deal of activity,” Jesse Robertson-Tait, a contractor working on the site, told the New York Times. He didn’t elaborate on the details of the project or the burglary, but he did tell the newspaper he had heard about it.

Moore has been staying busy, so she hasn’t been home much this summer. She was in Toronto filming Carrie, according to the New York Times, and then went to Montauk to attend Rufus Wainwright‘s wedding.

The newspaper spoke with multiple neighbors of Moore’s, and no one seemed to have heard of the burglary.

“In the neighborhood of bankers and brokers, graphic designers and artists, the six-figure theft appeared to have been carried off without anyone immediately noticing,” said the New York Times.

It does seem like the neighbors leave the actress alone in the neighborhood and are not too starstruck.

“She walks around the neighborhood alone,” one neighbor said of Moore. “She seems to feel pretty safe here.”

Moore and her publicist have not commented on the theft, nor have they confirmed the amount of jewelry missing. Carrie is scheduled to be released March 15, 2013.