The Lincoln biopic will be out in November, the same month the 16th president gave his famous Gettysburg Address. Steven Spielberg will be in Gettysburg, Pa., for the anniversary celebration of the famous speech. 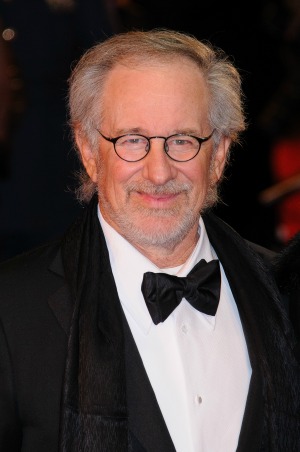 Just days after his movie Lincoln opens in theaters, director Steven Spielberg will be honoring the 16th president at a memorial in Gettysburg, Pa. Entertainment Weekly reports that the director will be the keynote speaker at a ceremony marking the anniversary of the Gettysburg Address, which was given 149 years ago.

“The National Park Service announced [Spielberg’s] participation in the annual event, which commemorates both that iconic speech and the founding of the Soldiers’ National Cemetery,” said Entertainment Weekly. “Lincoln was invited to speak at the Nov. 19, 1863, consecration of the graveyard, delivering remarks that he said ‘the world will little note, nor long remember.'”

Lincoln will be released nationwide on Nov. 9 of this year. It stars Daniel Day-Lewis, Sally Field, David Strathairn, Joseph Gordon-Levitt, James Spader, Hal Halbrook and Tommy Lee Jones, among others. The story focuses on Lincoln’s final months, leading up to his death in 1865. The Gettysburg Address was given in 1863, so it’s not clear if that will be included in the film.

“As has become a custom, Lincoln portrayer James Getty will recite the Gettysburg Address, and the U.S. Citizenship and Immigration Services will hold a naturalization ceremony for sixteen citizenship candidates,” said the NPS.

Steven Spielberg released a statement through the National Park Service about his visit.

“It is an honor to be asked to speak at such a hallowed place on the anniversary of Lincoln’s Gettysburg Address,” Spielberg said. “I look forward to visiting Pennsylvania and commemorating this important moment in our nation’s history.”

The event is held in a national park, so it is free and open to the public.