30 Rock will have its season premiere Thursday night for its last, and shortest, season. But could the show have been saved? 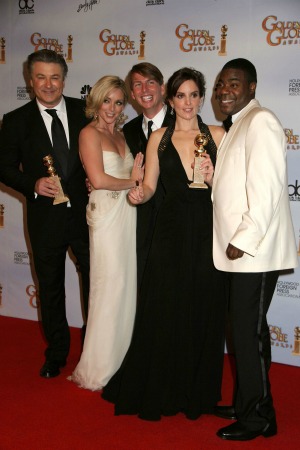 Thursday marks the beginning of the end for 30 Rock, as the show premieres its seventh and final season. But according to cast member Alec Baldwin, it may not have had to be that way. On Thursday, he posted on his Twitter page that he had attempted to save the show.

“I offered NBC to cut my pay 20% in order to have a full 7th and 8th seasons of 30 Rock,” he said. “I realize times have changed. I am looking forward to some time off.”

Reuters says that they attempted to contact NBC about Baldwin’s comments but that NBC did not reply.

The show’s time may have come, though, and even if it’s the shortest, the show’s seventh season may be the best yet. When the new season was announced by NBC in May, the network said it would not be a full season. A normal season for the show is 21–23 episodes, and this one will only be 13.

30 Rock has been successful for NBC, having won 14 Emmy Awards. Two of those awards were earned by Baldwin in the Best Actor category. Baldwin is also in the show’s top tier as far as salary is concerned; he even makes more than show creator, writer and star Tina Fey. “According to Forbes‘ 2012 Celebrity 100 earnings report, Baldwin earned $15 million in the past year while Fey made $11 million,” said Reuters.