The show promises a breakup but does not say who it might be. And creator Ryan Murphy is showing us that there is life beyond high school. 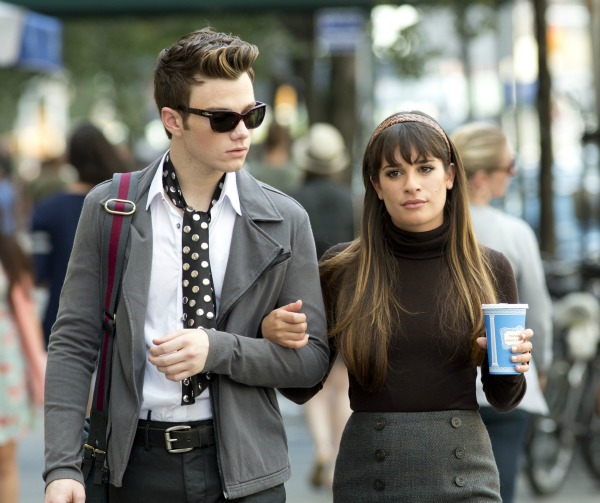 The title of tonight’s episode of Glee may say more than any of the previews do. The episode, entitled “The Break-Up,” will bring change to many of the relationships on the show. And while there may be a breakup in the works, Glee creator Ryan Murphy isn’t talking about which couple that breakup might involve.

“Since the show kicked off its fourth season, the big couples have been going through all sorts of changes. Rachel (Lea Michele) has moved to NYC to start NYADA and hasn’t heard from Finn (Cory Monteith) in months,” said OK! Magazine.

A teaser for the episode has Michele/Rachel crying, suggesting a breakup there. But it’s possible it could be another couple who is breaking up instead.

“After hanging around Ohio, at the pushing of Blaine (Darren Criss), Kurt (Chris Colfer) headed to NYC and got a job with Vogue.com,” said OK! “Meanwhile, Brittany (Heather Morris) is repeating senior year, while girlfriend Santana (Naya Rivera) is off at college. And they are all already feeling the strain.”

“In tonight’s episode, Blaine and Finn surprise their loves in NYC, while Santana finally gets to talk with Brittany,” said OK! “Which couples will make it intact by the end? And did someone cheat?”

The new storyline may ensure that the graduating seniors will be able to stay on the show for a while, because there will always be a story for them, even without being in high school.