Some think the highly publicized fight between American Idol judges Nicki Minaj and Mariah Carey is just a stunt to increase ratings. If it is, the pair are taking it way too far. 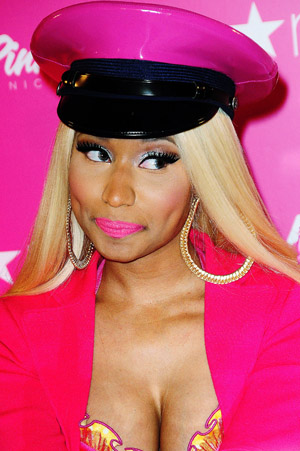 Mariah Carey is quite content with playing the victim in the feud with Nicki Minaj. The mother of twins Roc and Roe told Barbara Walters that the feud is very real and that she fears for her safety.

Why? She maintains that the 29-year-old rapper did threaten her with a gun, despite reports to the contrary.

Phillip Phillips tells Mariah Carey to stop being so nice >>

“Mariah says she can’t take a chance, and she has hired extra security. Nicki has not apologized, but they have since been at meetings with producers and judges,” Walters said Thursday on The View, adding that Carey refuses to fight with her co-judge again.

This set Minaj off. The “Bees in the Trap” rapper took to Twitter on Thursday afternoon with a series of cryptic tweets obviously meant for Carey.

“I thought we resolved it yesterday but I see u want ur pity party to continue…” Minaj continued. “I guess it hurts 2 have the producers tell u to ur face that nicki is the best judge we’ve had since simon. Awww, poor u. Keep them lies [coming].”

She wasn’t done yet.

Simon Cowell worries about Mariah Carey as a judge >>

“Ironically no camera or mic heard the gun comment tho. Lol @ the struggle. Not even the producers believed u. Say no to violence barbz,” Minaj added.

“All I do is compliment u. That’s not enuff? Ur a legend, cheer up. U don’t have to run down ur resume or feel intimidated. Shady McGrady…”

The head Barb then took Walters to task for airing Carey’s side of the story without asking for hers.

“Barbara Walters didn’t reach out from our team barbz. I guess we’re too dangerous. Don’t shake if u don’t wanna get shook!!!!” she added.

“I don’t call tmz n Barbara Walters cuz I stand on my own two feet. Never needed an army. God is good. Insecurity is as cruel as the grave.”

This is definitely entertaining, but then we remember these two are grown women. Grow up, already.