Horror movies are, by nature, horrifying. But, hey, if you can peel your hands off your eyes/ears long enough to focus, you might just catch some classic scary-movie zingers guaranteed to give you a good cackle. 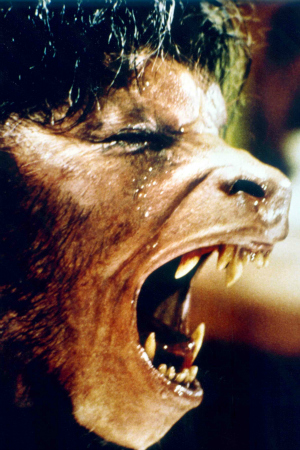 “I will not be threatened by a walking meat loaf!”

You tell ’em, Kessler! No self-respecting man would let himself be scared off by anything resembling a semisweet dinner meat. Pot roast? Maybe. But never meat loaf.

“One thing about living in Santa Carla I could never stomach: all the damn vampires.” — Grandpa, The Lost Boys

Horror movies: Why do we pay to be scared? >>

“A census taker once tried to test me. I ate his liver with some fava beans and a nice Chianti.” — Hannibal Lecter, The Silence of the Lambs

Oh, what a lovely lunch! But somehow, we imagine the census taker didn’t enjoy it nearly as much as Hannibal did. Whoever said liver was an acquired taste sure hit the nail on the head in this case.

Redbox Halloween movies to get you in the spirit >>

Clark is talking about the Thing, but his words apply to several scenarios. Like, for example, that special time of the month when a woman is inexplicably angry at her mate and holed up somewhere, fuming. Either way, in matters concerning unidentifiable monsters or furious females, it’s best to leave well enough alone.

“We’ve been going about this all wrong. This is Mr. Stay Puft’s, OK? He’s a sailor, he’s in New York; we get this guy laid, we won’t have any trouble!” — Dr. Peter Venkman, Ghostbusters

Well, there you go — diplomacy in action. Who says this logic can’t be applied when dealing with any disgruntled adversary? C’mon, give it a chance… it worked for Alicia Silverstone’s lovelorn teacher in Clueless!

Clearly, Brody’s powers of observation are exceptionally advanced. These guys are setting sail to battle a great white shark that could swallow a tour bus, and this is what he has to offer? Uh, ya think?!

“Wendy… darlin’, light of my life… I said I’m not gonna hurt ya. I’m just gonna bash your brains in.” — Jack Torrance, The Shining

Aww, it’s so sweet when a husband’s passion for his wife hasn’t waned over the years. Oh, wait. That’s right — bashing in of the brains isn’t considered a grand, romantic gesture.

Get in the Halloween mood with the Thriller video >>

“I have come here to chew bubble gum and kick ass. And I’m all out of bubble gum.” — George Nada, They Live

This line is impossibly perfect for use in almost any situation. Throw it out at parties, sporting events and heated board game get-togethers to impress — or intimidate — your pals. Hell, use it at home when yelling at your unruly pets. It’s that good.

“Your brains smell so good — so rich and spicy.”

Put this at the top of the list of “compliments” I never hope to hear. One thing’s for sure, though — Hannibal Lecter would undoubtedly enjoy living in Joey’s world. Who needs fava beans and Chianti when the human organs are already spicy?