RiRi has been spotted with bad boy Chris Brown… again? Still? Who can keep track? Do you need to be told that going back to a guy who tossed you around the car is never a good idea? Here is the “Don’t do it!” memo that Rihanna obviously isn’t getting with specific reasons on why getting back with Chris Brown is an awesomely bad idea… 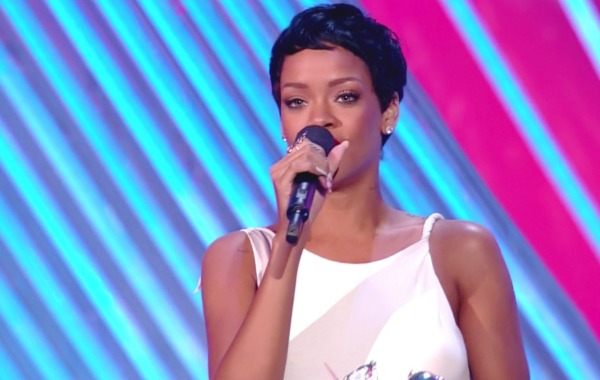 He tossed you around the car!

Rihanna recently told Oprah that she felt protective of Chris Brown after news of him beating the crap out of her was released, and that he needed help. Fair enough. But one could argue that a person who goes back to someone after the person punched him or her repeatedly, also needs help. Where are this girl’s deal breakers? Cheating and sucker-punching are typically non-negotiables in a healthy relationship. Rihanna went on to say that “she lost her best friend.” Huh? I don’t know about y’alls, but I go to dinner and wine with my best friends. We talk, laugh, and say things we can’t say to anyone else. We vent and commiserate. We buy shoes when we get depressed. We eat ice-cream in our pajamas and watch Cougar Town. If one of our best friends punched us in the face, we’d cordially dis-invite that person from being our best friend.

Most of us are familiar with the Drake vs. Chris Brown melee that took place at the nightclub W.i.P. in June. While accounts of the brawl indicate Drake started it with a snarky Rihanna reference, Brown and his thugs engaged in a Dukes-of-Hazzard-like bar fight. Here’s the take-away message: If it walks like a duck and quacks like a duck, it’s probably a duck. If trouble continues to find a particular individual, the basic laws of math suggest the individual is probably trouble.

He has no love for people with disabilities

While this statement isn’t entirely fair, Chris Brown racked up a pile of tickets from parking his rig in the spot reserved for people with disabilities outside his condo. Brown’s lawyer maintains the spot was assigned to him. OK. So maybe after the first 50 parking tickets (he was issued a total of 117), you have one of your “people” straighten it out so you don’t look like a thoughtless punk who continually parks his overpriced SUV in a space designated for people who have physical disabilities. How much are his PR people getting paid anyway? Maybe the more appropriate question is, does he have any PR people?

Recognize the power of oxytocin

How many times does Patti Stanger of Millionaire Matchmaker have to warn us about this powerful chemical and how it can sometimes falsely bond us to creeps? When you’ve got your O-face on, you release oxytocin, a feel-good chemical that bonds women to the men who helped them get their freak on. That bond sometimes gives us the false impression of being in love, or makes us cling onto jerks we should have kicked to the curb before we ever slept with them in the first place. Rihanna, sleep with someone else, fast. Which leads us to our final point…

Rihanna is gorgeous, talented and successful. There are countless men who would love to boost her oxytocin levels. At times, sad though it may be, women with poor self-image issues stay in dismal relationships because they think it’s better than being alone or that they won’t find anyone else. But when you are a gorgeous celebrity, you can cast a wider net. Why doesn’t Rihanna give that nice boy, Shemar Moore a call? If not for herself, than for the rest of us.