In an eyebrow-raising performance in Lee Daniels’ new film, The Paperboy, Nicole Kidman famously urinates on Zac Efron. But there were some things she just wouldn’t do. 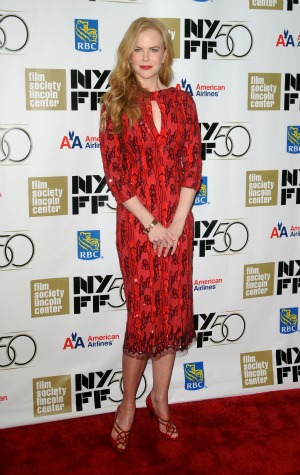 But call an African-American character the N-word? No way. For Nicole Kidman, that was going one step too far.

During a press conference Wednesday at the New York Film Festival for Lee Daniels’ new film, The Paperboy, Daniels, who is African-American, noted his initial frustration with Kidman’s refusal, The Los Angeles Times reported.

Kidman responded at the conference, “I didn’t feel like it was right for the character.”

Then she added, “I have a son who’s African-American and I just didn’t feel it was right. It wasn’t right.”

The film, based on a novel by Pete Dexter, concerns a reporter’s investigation into a possible wrongful murder conviction, with Kidman playing a death-row groupie. The film also features Matthew McConaughey as the reporter and David Oyelowo as his partner.

Daniels recounted at the press conference that when he expressed his consternation about Kidman’s refusal to a producer, the producer said he had put Kidman’s character in a compromising sexual position and that he’d had her pee on Zac Efron, so maybe it was time to cut her some slack.

Now about that peeing scene. It’s when Efron, who plays McConaughey’s brother in the film, gets stung by a jellyfish (urine is meant to be a natural curative). Daniels, who is known for pushing actors beyond their comfort zone, told GQ that even he had some qualms about putting that in the film.

The first day of shooting, he got a sex scene with Kidman and Cusack out of the way. The second day, was a “telepathic sex scene” in a prison. The third day was the peeing scene.

“I called Nicole at three in the morning. I said, ‘Nicole, I can’t do it, I’ve gone too far. I can’t put that scene in the movie.’ She said, ‘Lee, you made me pee on Zac Efron, if you don’t put that in the movie, you’re out of your freakin’ mind,'” the Precious director said.