The presidential debate had just about everything you could ask for: Name-calling, angry tweets and attacks against Big Bird. Who brought home the bacon last night, Obama or Romney? 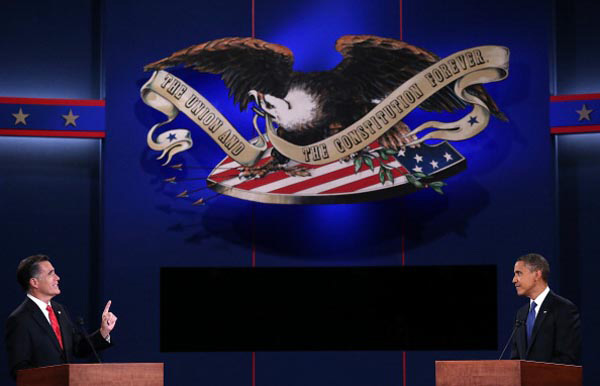 Romney’s debate performance: relentless, crisp and offensive. With the release of a campaign-killing video and less-than-flattering SNL skit, it had been a tough few weeks for the Republican candidate, but he seized every moment of Denver’s debate to boost his credibility. Regardless of political affiliation, there is no denying that Romney brought impressive offense and admirable determination to the political arena last night.

Obama’s debate performance: flat, professional and defensive. It is said that one of our president’s best qualities is his composure and calm way of speaking; this didn’t work to his advantage against energetic Romney. Under his opponent’s animated scrutiny, he ended up defending his last four years rather than bolstering up his next term. It will be interesting to see if Obama makes up for unsaid words in the Oct. 16 debate. 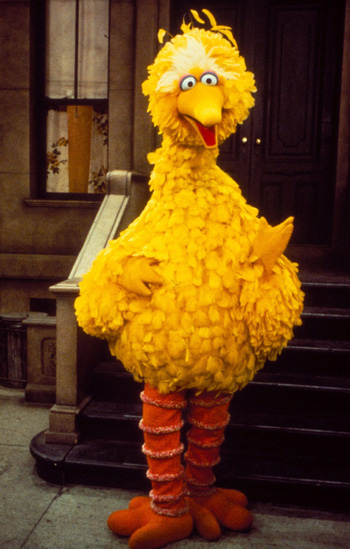 Those who have Twitter likely woke up to the trending Big Bird topic. Yes, this is unfortunately in reference to Sesame Street. You know, the show where a vampire taught us how to count. There is a possibility that Big Bird, Count, Kermit and all their puppet friends may lose some airtime. When Romney provided examples of government programs he’s willing to cut, he mentioned subsidies to PBS — home of children’s educational programming such as Sesame Street, Arthur and others (not to mention this being super-awkward for moderator and PBS NewsHour host Jim Lehrer). The comment launched a social media and meme-creation frenzy as defense for one of America’s most beloved children’s programs. The American population has begun to cite Romney as an enemy of Big Bird. This election just got incredibly more intense.

What do you need when you combine an energetic and tenacious Mitt Romney with a too-professional-to-interrupt but defensive Obama? A buzzer. Both of the candidates lost track of time, interrupted each other — or worse, defied poor moderator Jim Lehrer. Here are some of their time-ignoring blunders directed toward their moderator:

“I had 5 seconds before you interrupted me.”

“Jim, the president began this segment, so I think I get the last word, so I’m going to take it. All right?”

Last night was Barack and Michelle Obama’s 20th wedding anniversary. We’re not sure if this is Michelle’s first pick for an ideal anniversary night, but we’re guessing not. Still, the classy and fashionably flawless Michelle Obama sat front-row to support her husband during one of the most important debates of his presidential career. Can we get a national “aww”?

“There are a lot of points that I want to make tonight, but the most important one is that 20 years ago I became the luckiest man on earth because Michelle Obama agreed to marry me. And so I just want to wish, Sweetie, you happy anniversary and let you know that a year from now, we will not be celebrating it in front of 40 million people.”

“And congratulations to you, Mr. President, on your anniversary. I’m sure this was the most romantic place you could imagine here — here with me, so I — congratulations.”

Both candidates looked adorable in their party-appropriate red-striped and blue-striped ties, but there was something distinctly different about Romney’s flag that had viewers scratching their heads. The mysterious black dot on Romney’s American flag pin caused some stir. The mystery dot is in fact a Secret Service’s logo star that had been given to him by the agents that protect him daily. Romney’s camp confirmed it was a Secret Service star, but there is speculation that he wore this pin because he had forgotten his own. We’ll never know.

On a more serious note…

Fact-checker Trip Gabriel at The New York Times said that Romney has in fact suggested in the past he had plans to cut the education budget. Reporters heard Romney tell Florida donors that once elected, he would merge the Education Department with another federal agency, or “perhaps make it a heck of a lot smaller.” The White House’s study of the budget finds it will drop 200,000 children from early education programs and rid schools of 38,000 teachers and 27,000 special-education teachers.

Fact-checker Richard-Perez Pena at The New York Times counters Romney’s statements further by noting that Romney has not said that he would cut the Pell Grant program, but his campaign maintains the expansion is unsustainable. Obama’s camp points out that Romney’s position would allow banks into the student loan system, suggesting he will indeed cut Pell grants. Obama eliminated the banks’ middleman role which saved billions of dollars in fees, leaving room for Pell Grant expansion.

ABC fact-checker Greg Krieg has the facts and points out that under Romney’s plan, all small businesses would receive a 20-percent tax cut. A “small” business is defined by the amount of people it employs, and any business with 500 or fewer workers is deemed small. By this definition, Trump’s Trump Tower Sales and Leasing is a small business, as it only has 20 employees. However, The Trump Organization has 22,450 employees, not Romney’s definition of small at all.

Quotes of the night

Obama: “But I think math, common sense and our history shows us that’s not a recipe for job growth.”

Romney: “And by the way, I like coal. I’m going to make sure we continue to burn clean coal. People in the coal industry feel like it’s getting crushed by your policies. I want to get America and North America energy-independent, so we can create those jobs.”

Obama: “The reason we have been in such an enormous economic crisis was prompted by reckless behavior across the board… The question is does anybody out there think that the big problem we had is that there was too much oversight and regulation of Wall Street? Because if you do, then Governor Romney is your candidate. But that’s not what I believe.”

Romney: “Mr. President, you’re entitled to your own house and your own airplane, but not your own facts.”

Who do you think won the debate? Share in the comments below!