Reports of a home invasion at the domicileof Ashton Kutcher, star of Two and a Half Men, sounded dramatic, and brought LAPD squad cars and helicopters to the scene. But it seems the estranged hubby of Demi Moore and creator of the Punk’d series got punk’d himself. 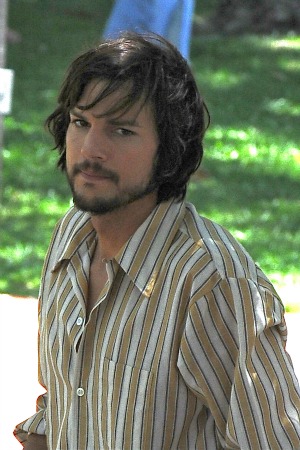 A woman trapped in a bathroom. Gun-toting Russians. Shots fired, leaving people injured or dead. This was the scenario at Ashton Kutcher‘s home, painted by an emergency message, TMZ reported yesterday. LAPD squad cars and helicopters arrived in force, the site reported.

The urgent call for help arrived via a teletype message, such as the one people with hearing impairments use.

But when police arrived, there was no woman in the bathroom, no bodies, and only three men who were legitimately on the property to do work there. Kutcher himself was not home at the time. He later reportedly tweeted that he was “safe and sound” on the set of Two and a Half Men.

“Officers arrived at the scene … and found out it was a hoax,” a police spokesperson said. “There was no problems at the residence. It seemed to be some sort of a prank call.”

In August, a similar hoax occurred at the home of Miley Cyrus, when a call reported a shooting and hostage situation.

From 2003 to 2007, Kutcher was the co-creator, producer and host for Punk’d, an MTV series that featured playing practical jokes on celebrities.

It now looks like the 34-year-old estranged husband of actress Demi Moore has been punk’d himself.

Police are said to be seeking the person(s) responsible for the prank.