The show was originally a spin-off of Entertainment Tonight, and that’s what it’s always been considered. The new branding may be exactly what it needs to come out from under ET’s shadow. 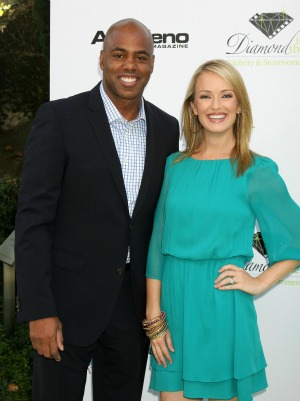 CBS Television Distribution and Yahoo! have teamed up for the future of The Insider. According to multiple sources, they have given the news magazine a new name, and it is quite a weird one.The show will now be called omg! NOW, “which is the name of a popular current Yahoo! online vertical,” said Ben Grossman with Broadcasting & Cable.

“Multiple sources also said that newsmagazine and talk show veteran Brad Bessey is in talks to return to CBS as showrunner of the revamped, daily show,” said Grossman. “Bessey’s credits include launching CBS’ The Talk as well as a 15-year run at industry standard ET, where he served as co-EP under Linda Bell Blue, as well as a senior consultant on the show he is about to recreate, The Insider.”

The show is currently in its ninth season, and Grossman said hosts Kevin Frazier and Brooke Anderson are “expected” to stay in their current positions under the new format. CBS had been reportedly shopping the show around for an agreement like the one it made with Yahoo!, but eventually felt the partnership with Yahoo! was best for The Insider.

The announcement of the show’s rebranding is expected to be made this week. The Insider was originally launched as a spin-off of Entertainment Tonight but has held its own throughout the years. The executive producer of ET, Linda Bell Blue, also has an executive producer credit at The Insider.

The partnership may give The Insider the promotion it needs to come out from under Entertainment Tonight‘s shadow. ET has been on the air since 1981 and is currently the number-one syndicated news magazine in the world. The Insider is fairly new by those standards, having been on the air since 2004. But this new deal will give the show its own name (literally) — a name that people will remember.