The famous daughter is making a comeback on Dancing With the Stars. And while her mom has been watching, Bristol said the elder Palin wouldn’t have time to compete herself. 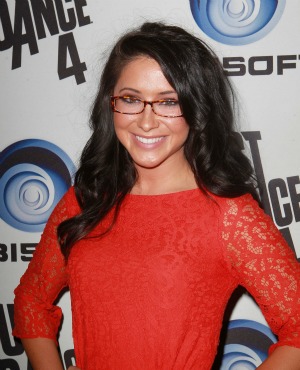 Bristol Palin‘s newest appearance on Dancing With the Stars has many wondering why her famous mom hasn’t competed on the show. But Bristol said it’s not about whether Sarah Palin wants to appear — it’s about a different issue altogether.

“I don’t think she’d ever have time to do the show,” Bristol told E! News.

But since the former vice presidential candidate, former Alaska governor and former reality TV star has so many “formers” in her life, one has to wonder what she is doing now that makes her so busy.

Bristol is making her second appearance on Dancing with the Stars this season, and she is much more relaxed this time than she was the first time.

“Um, I’m definitely not the best dancer,” she told E! “But I’m having a good time. I think I’m the most improved, and I’m just out there [trying] to do better each week.”

And she isn’t as worried this time about whether people will vote for her or not, or about the fact that her famous family might affect who likes her.

“I think people are just going to vote for their favorite, regardless of anything,” she said. “And I’m just thankful that we’re on to the next week.”

Bristol also commented to E! News about Julianne Moore‘s famous comment about Sarah Palin at the Emmys this year. Moore said Sarah Palin gave her a “big thumbs down” on her performance in the movie Game Change, in which Moore played Palin during her time as John McCain’s running mate in the 2008 election. And the younger Palin agrees with her mom.

“I don’t think she’s a good interpreter of my mom. I think my mom is way hotter than that,” Bristol said. “I think she doesn’t have that accent. It’s kind of silly, but my mom’s awesome.”

That may be the first time anyone ever called Julianne Moore less hot than someone, but Bristol is just defending her mom (although she didn’t mention whether she actually saw the movie).

Bristol Palin also told E! she would be “doing something goofy” next week on Dancing With the Stars.