The actor looked like he might be losing his mind this morning on a local New York morning show. But it turns out, he was just trying to prove a point… and he got people listening. 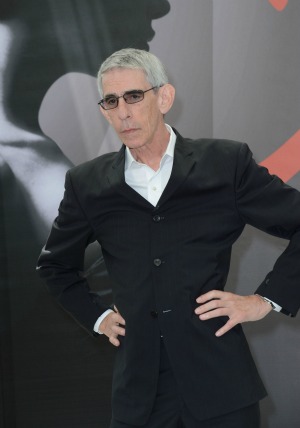 Richard Belzer made quite the awkward appearance on a New York City morning show this morning. Belzer was on local Fox-affiliate show Good Day New York to promote his new book, but the talk got back to his day job, Law and Order: SVU. The awkwardness started when show co-host Rosanna Scotto asked if her co-host Dave Price looked enough like Belzer to play his brother on the show.

“A thought. If he gets molested and banged in the ass, maybe, I don’t know,” he responded. According to E! News, everyone got really awkward right then. Price responded with, “Do we have a five-second delay?”

Belzer seemed to try to backstep at that point, by saying when he said “banging,” he meant banging into a piece of furniture, said E! But those comments were really only the beginning, because it got even weirder after that. Belzer decided, when the show was ending, to say, “Say heil to all your colleagues at the other division.” (Keep in mind, the actor is Jewish.)

“A publicist for [Belzer said] that’s exactly the case, saying the [Nazi] salute was intended as a ‘satirical gesture’ toward Fox News, ‘whose ideology he is opposed to,'” said E! The morning show probably should have known what they were getting themselves into when they invited Belzer on to talk about his new book, which is entitled Dead Wrong: Straight Facts on the Country’s Most Controversial Cover-Ups. The book is in bookstores now.