A reunion between the two Grease stars results in a new Christmas album to benefit their pet causes. 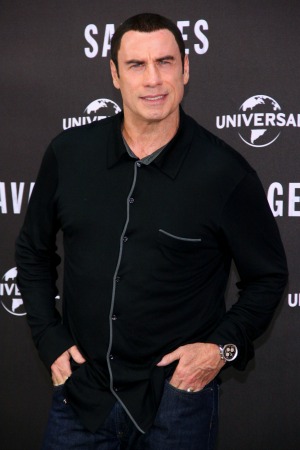 For Grease fans everywhere, there will be a reunion this Christmas between John Travolta and Olivia Newton-John. The two actors, forever Danny and Sandy, will be releasing a CD of holiday songs entitled This Christmas to benefit two charities of their choice.

Travolta and Newton-John will be singing the Christmas classics, plus they will release a sequel to their famous duet “You’re the One That I Want.” The new song, called “I Think You Might Like It,” was written by the same songwriter, John Farrar.

In a statement released today, Travolta says, “I wanted people to be able to play it around the house or in the car during the holiday, and make us part of your celebration. Gathering around the house listening to Christmas music has always been an important part of that time of year to my family.”

The inspiration for the new album came when the Australian actress/singer texted Travolta, mentioning that their movie-musical song is one of the best-selling duets in pop music history. Figuring there was an audience for more, the two recruited other famous celebrities to pitch in.

The festive 13-track holiday CD will include other famous musicians like Tony Bennett, James Taylor, Barbra Streisand, and Kenny G. The two charities benefitting from the CD’s sales include the Jett Travolta Foundation, in honor of John’s late son, and the Olivia Newton-John Cancer and Wellness Centre, as the Aussie actress is a breast cancer survivor.

The album willcome out Nov. 16, but if you must jump on this interesting collaboration, you can pre-order it from Amazon today.