Henry Winkler couldn’t resist starring in a feel-good comedy about friendship and perseverance. 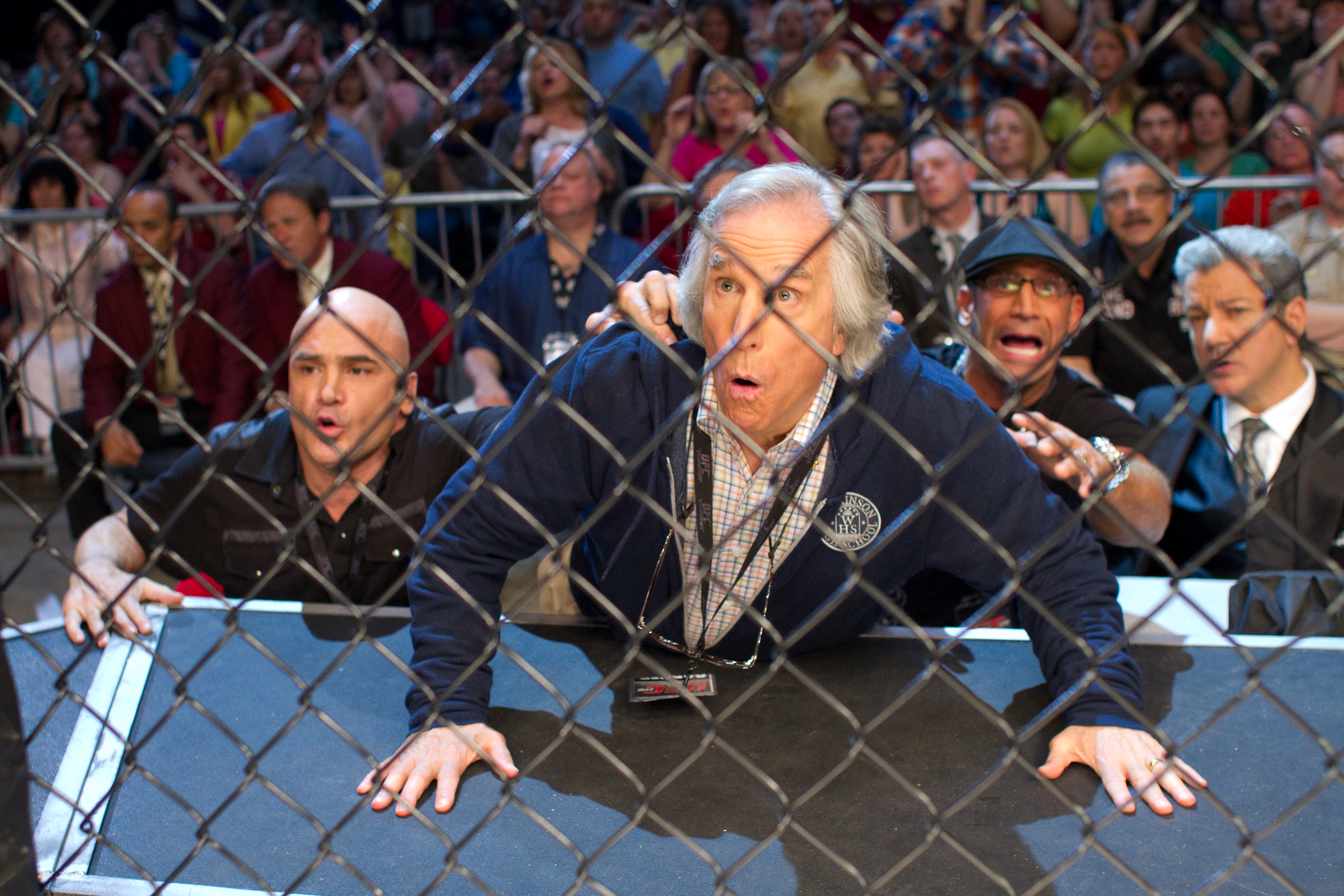 When asked what song title best describes his life, Henry Winkler responded: “How Lucky Can a Man Be?”

While this certainly describes Winkler’s exceptionally successful acting career (How could anyone forget Fonzie?), it also describes his character Marty Streb’s friendship with Scott Voss, played by Kevin James, in Here Comes The Boom.

In the movie, Marty heads a music department that is facing the chopping block at a failing high school. Out of pure friendship, Scott decides to train to be a mixed martial arts fighter to raise enough money to keep the horns tooting through the school’s hallways — and to make sure Marty remains employed.

While Marty exudes musical aptitude, Winkler has other talents.

“I play the iPod. I am a really good at shuffling,” Winkler confessed to SheKnows.

Even though he may not have any musical chops, Winkler certainly appreciates those who do.

“I love music. I depend upon the kindness of strangers because I cannot make music,” Winkler mentioned. He then admitted, “I think Justin [Bieber] is a talented man…. I think he is very impressive actually. Lady Gaga, would love to meet her, and I would like to date Adele.”

Unfortunately for Winkler, Adele is expecting any day now, and regretfully for Adele, Winkler has been happily married for quite some time.

Winkler is also cheerfully married to a very productive career.

“I get to be in this movie, I get to be on Broadway, and I write some books and then I get to be on Arrested Development — how lucky can a man be?” Winkler sang, showcasing that he was being rather modest when claiming he has no musical talent. Do we see a duet with Adele in the near future?

Even if this duet never occurs, Winkler and Kevin James make a superb and rather hysterical duet in Here Comes the Boom. Adele need not apply.