The ever-expanding brood of middle brother Taylor Hanson grows by one more as he announces the arrival of new daughter Wilhelmina Jane. 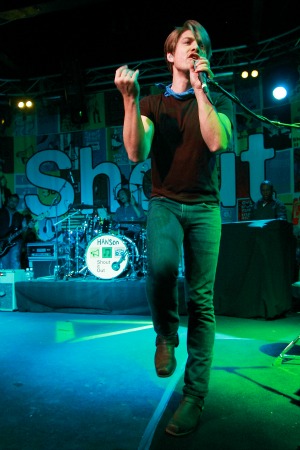 Doesn’t it seem like just yesterday that we were all singing “MMMBop” along with the cute, fresh-faced boy band, Hanson? Well, 15 years have gone by since that song first hit the charts, and now lead singer of Taylor Hanson and his wife Natalie have welcomed their fifth child into the world.

The middle brother of the singing trio told People today that “Natalie and I are thrilled to announce the arrival of our newest family member, Wilhelmina Jane Hanson. She arrived on Tuesday, Oct. 2, and was welcomed by more love than could fit in the room.”

The new bundle of joy joins the rest of the brood including sister Penelope, 7, plus brothers Ezra, 9, River, 6, and Viggo, 3. If you’re counting, that makes a total of seven members in their family.

Even though it was their fifth child, the couple was pretty careful when it came to selecting a name. In a July blog for Nameberry.com, Natalie writes, “Thinking back on all the children’s names has helped to give me a fresh perspective in choosing the name for the baby girl we are expecting in the fall.”

The rest of the Hanson brothers have also expanded their families over the last few years. Oldest brother Isaac has two boys with his wife Nicole, while the youngest brother, Zac, has two children with his wife Kate. No word on whether the brothers plan on assembling a second generation of Hanson with all of those budding musicians around.

Hanson is still making music together, with their sixth album slated to be released in 2013. The three brothers also own their own music label, 3CG Records.