Tonight’s the night we’ll see President Barack Obama take on GOP presidential candidate Mitt Romney in a debate. Whether you’re Democrat or Republican or independent, it’s vital that you tune in. Can’t get to a television? We have the details to catch it online. 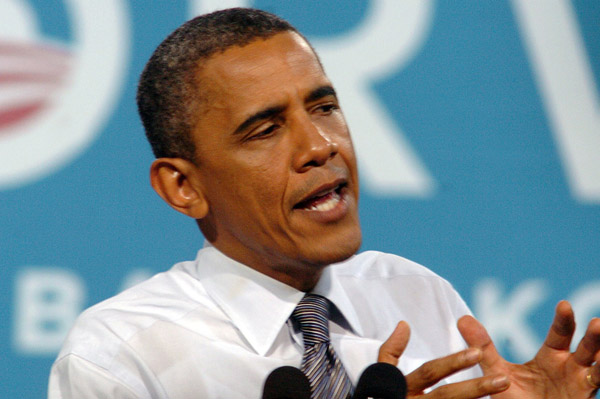 Expecting a knock-down, drag-out fight between President Obama and Mitt Romney tonight during the first presidential debate? You’re right: The pair will bring the dramz to televisions across the United States.

Scratch that — make that television and computers. The debate will be available for view online via Xfinity TV’s Election Central platform. Can’t catch it tonight? You’ll be able to see it on demand starting tomorrow.

Nicki Minaj assures Obama she was not endorsing Romney >>

That’s not all, though: Election Central will air the vice presidential debate and second presidential debate, as well as live election coverage on Nov. 6. News from networks including CBS News, FOX News, MSNBC, and others will also be available online.

As for the debate, both sides expect a difficult 90 minutes of questions ranging from foreign policy to the economy and jobs. We expect Obama to be relieved when it’s all over. No, we doubt he’s scared — he just wants it to be over because today is his 20th wedding anniversary with First Lady Michelle Obama.

Obama tells Oprah Winfrey in a new interview that Michelle and his girls have the magic touch to take away some of his on-the-job stress.

“When you’re under all of these pressures, to come home every single night… and have Michelle and the girls there… they are my balance and keep me grounded, and that’s truer now than it’s ever been,” he told O.

The presidential debate between President Obama and Mitt Romney is scheduled for 8:00 p.m. Central Time.

Will you be watching the debate?